After earning his first PGA title last month, Kevin Na shares thoughts on a hard-won victory that’s been a decade in the making.

He created a minor stir with his then-controversial decision to drop out of high school to pursue a professional golf career at the age of 17. And last April at the Texas Open, he became a target for ribbing on ESPN’s SportsCenter, and nearly a million YouTube views, when he carded a 16 at the par-4 ninth hole, the worst single-hole score since the PGA Tour started keeping records.

But now Kevin Na can call himself a PGA tournament winner. The eight-year veteran of the pro tour captured the title at the 2011 Justin Timberlake Shriners Hospitals for Children Open on Oct. 2. KoreAm caught up with the now-28-year-old to chat about his breakthrough win and how his career has evolved over the years.

Congratulations, Kevin. Obviously, the big news is your first PGA Tour victory. Can you describe what if felt like to get that win?

It feels great, since it was something that I had been working hard my whole life to get. I was a little nervous because I had been close several times, but for some reason, I was very confident that I would pull through this time.

Before winning this tournament, you had been knocking on the door. You were in contention at the Northern Trust Open back in February, and you had a fantastic top-10 result at the PGA Championship in August. Do you think you have turned a corner with your golf game?

Two years ago, I had a really great year, when I finished the year with nine top-10 finishes. I think that’s the year that I started playing really good golf and started competing at the top level. But this year, of course, I had the breakthrough that I was waiting for.

What are your goals for next year?

Well, obviously, I would like to get my second win. Beyond that, I would like to be in contention at a major tournament. I would be pleased with another year like this year. With this win, I am now a lifetime member of the PGA Tour, so I think that’s pretty neat.

You were one of the first Korean golf prodigies when you decided to drop out of high school and turn professional. Now, it’s a common paradigm, but at the time …

I was one of the guinea pigs. [Chuckles.]

Right, so did that come with extra pressure?

Well, I think I was very fortunate. I was able to prove myself early, and I got on the tour by the time I was 20. A lot of it had to do with me working hard, but also some things just worked out for me. So I have been very fortunate. Now, if I had to do it all over again, would I make the same decision? That’s hard to say. I think I might think about going to college for a year. That’s something I’d probably recommend to younger players. Even if you really want to turn pro, you should try college, if even for one year. Going to college at that age is something that you won’t get to do again. Plus, it seems like a great growing experience—not so much for your game, but in terms of personal development.

I have to ask you about that hole at the Texas Open. Can you walk us through it?

I made a bad tee shot, so I probably should have went back to the tee and taken the penalty. But I tried to hit out of the trees. What people don’t realize is that there were a lot of rocks under the ball, so it made it very difficult to get a clean shot. I kept swinging away—I think I lost track at 6 or 7— but I finally got it out. When we added everything up, it turned out it was a 16!

At a certain point, were you just being stubborn?

No, I just had no choice. Once I decided to play my tee shot, I had to keep hitting it until I got it out. At that point, I couldn’t go back to the tee and take a penalty. But I ended up playing really well on the back nine (Na shot a 33), for which people gave me credit. I also followed that up with two top-10 finishes in back- to-back weeks. But it’s been great. I got a lot of phone calls from my buddies that saw me on SportsCenter. And I think the clip on YouTube has over 800,000 views. So I’ve had fun with it. 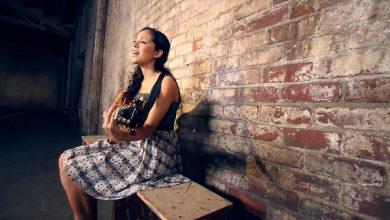 The latest video by YouTube darling Kina Grannis is an entertaining combination of soothing folk/pop, stop-motion animation and modified corn starch. The latter is one of the main ingredients […]