Jeff Schroeder, the guitarist of The Smashing Pumpkins, gives us the inside scoop on the resurgent band, drops hints about the forthcoming album and explains how a Ph.D. in literature fits into the picture.

Jeff Schroeder is no James Iha, the original guitarist for The Smashing Pumpkins. He’s better.  Yeah, I said it. He can actually hang musically with Billy Corgan, the tortured genius behind the Pumpkins’ signature guitar- heavy sound. Other ways Jeff isn’t James: Jeff isn’t Japanese American. He’s biracial—Korean and Caucasian. Jeff didn’t drop out of college like James; in fact, he’s finishing his Ph.D. in comparative literature at UCLA. And Jeff, unlike James, is actually on speaking terms with Billy.

I stress their differences to make a larger point: This ain’t the ’90s anymore. And it would behoove fans to remember that, if they happen to catch the band on their 12-city U.S. warm-up tour this fall in preparation for what promises to be a busy 2012 for the reinvigorated band, packed with more tour dates, reissues of their past catalog and a brand new album, Oceania. Be forewarned, though, the Pumpkins aren’t interested in reliving the past.

“We’re not going to be a ’90s retro nostalgia band,” Jeff insists. “We have no desire to do that. We’ve been offered tours with other ’90s bands. We just honestly feel like it’s the kiss of death. Once you’ve done that, you’ve accepted that your moment in the present is over, and all you can do is recreate people’s past fantasies.”

Oddly enough, Jeff was one of those people. As a teenager growing up in Orange County, California, in the early 1990s, he, like many of his peers, loved The Smashing Pumpkins, one of that decade’ s most commercially successful and critically acclaimed bands.

And like many teenagers with even a passing knowledge of power chords, he fantasized about being in the band. Fantasize, perhaps, isn’t the right word because it implies he was divorced from reality. A gifted musician, he channeled his alienation as one of the few hapa kids in an otherwise monochromatic environment into hours upon hours of practicing guitar in isolation, developing a particular set of musical influences that happened to match the Pumpkins’: the muscular arena-rock of Kiss, the technical prowess of Deep Purple, the jangly elemental mope-rock of Echo and the Bunnymen. So Jeff’s boyhood dreams of joining rock royalty weren’t so quixotic.

On the other hand, to say he had a premonition of his musical future puts too fine a point on it. Whatever you call it, Jeff shared a deep musical connection with the band. “When you’re a musician, [because of] the way you hear and understand music, [if] you can identify with a band on a musical level, that’s really rare,” he explains. “[The Pumpkins were] really a band I could see myself being in. I felt like I was meant to be in that band.”

Flash forward a decade-and-a-half later to 2007: Jeff has garnered a modest following in L.A.’s indie rock scene with his shoe-gaze band, The Lassie Foundation, when a friend informs him that The Smashing Pumpkins are looking for a guitarist. Jeff manages to book an audition and, after three months of jamming with Billy and Jimmy Chamberlain, the original drummer, Jeff eventually lands the job. He was the first person to try out.

Perhaps it was meant to be.

But actually being in The Smashing Pumpkins isn’t exactly how you might picture it.

Two hours before the band is set to kick off its fall tour with a sold-out show in Los Angeles, I’m interviewing Jeff in an unadorned dressing room in the bowels of the Wiltern Theater. Jeff has to run off to give a backstage pass to a woman checking out the show. Girlfriend? Groupie? Nope. His feisty Korean mother, whom Jeff lovingly calls a “renegade,” who always encouraged his creativity.

If Hollywood celebs are loitering backstage, they might be in Billy’s dressing room, but otherwise—“If you go backstage, the only thing you’re going to find is water,” Jeff says, chuckling. He also attests that the current members—which include Nicole Fiorentino, formerly of Veruca Salt, on bass and 21-year-old wunderkind Mike Byrne on drums—genuinely get along. Growing up the youngest of two boys, Jeff admits he quite enjoys playfully filling the role of the mean older brother to Mike, more than 15 years his junior.

For anyone familiar with the band’ s tumultuous history—the battle of egos, the lawsuits, the drug addiction—this placid portrait doesn’t quite jibe.

“I think people are shocked,” Jeff muses. “I think they expect Billy to be sitting there telling everybody what to do and how to do it, and we’re sitting there actually joking around and getting along after months of being in the same building for 12 hours a day. I think people are tripped out a little by it. ‘It’s not supposed to be like this. You’re supposed to hate each other.’”

Neither Jeff nor Billy expected things would turn out this way. “When I first joined the band, it was really awkward,” admits Jeff, who found himself tiptoeing through 20 years of baggage between Billy and Jimmy. “I understood it was definitely going to be more of a professional thing. A true friendship [with Billy] grew over years. Going through things like Jimmy leaving and playing hundreds of shows together and going through the ups and downs of being in a band. And through the consistency of being there for each other, we’ve actually developed a very true and real friendship.

“Once it turned into where it was me, Mike and Nicole, Billy was like, ‘Wow, I didn’t think I would ever have this feeling of a band again.’”

On the band’s website, Billy expresses his hopefulness: “It is the first time I have felt totally comfortable in a band situation since 1996, and that surprises me. I have no crystal ball of how long we will last together, but I hope we last for a very long time. We are doing each day what a band is supposed to do, which is make a new kind of music together.”

Just last month, Billy was also interviewed by Crestfallen.com, a news blog about The Smashing Pumpkins, and had some kind words to share about his bandmate. “Jeff, in many ways, is a far superior guitar player to me. He raises the quality of my playing in order to keep up with him. His integrity level for the pure vision of Smashing Pumpkins is very, very high,” said Billy. “And he’s a total musicologist, and he gets it, and he really understands where we can still go. He’s probably the No. 1 person in the band right now who’s saying, ‘We can do this. We can do this.’

The first test of the current line-up’s longevity will be released early next year. Oceania is the first full-length studio album featuring the new bandmates. And, yes, unlike some past albums where Billy played virtually everything, Jeff confirms that Oceania is a “whole band effort” and one that they are extremely proud of. “So far everybody we’ve played it for has been pleasantly shocked. I don’t think people really thought the band could make something this good,” Jeff beams. He hints that Oceania won’t be as heavy as past efforts, “In this day and age, with what’s going on politically and socially, it just feels right to play something that’s a little more spacey and dreamy. We want music to move people on an emotional level.”

The album is part of a larger 44- song collection titled Teargarden by Kaleidyscope, individual tracks of which have been released on the band’s website. Failing to gain much traction with this piecemeal approach, the band decided to make a bigger splash with a full album release. And according to Jeff, feeling energized by the newfound cohesion, they resolved, “Let’s make the music high-quality.  Let’s work harder on this than anything we’ve ever worked on together.” Hence, Oceania also marks the Pumpkins’ most assertive statement that they are a band both relevant and current. And they haven’t been shy about saying that they have a lot riding on it.

Billy, however, has since dialed back his assertion that Oceania is a make-or-break album, and Jeff further clarifies, “Not that we won’t play as a band anymore if the record isn’t a hit. We just have to re-evaluate how we function. Because maybe we won’t do it full-time anymore. The pressure has been on us to make really high-quality music to put us in a position to thrive at the level we want to. That’s more what we meant, not that we’re going to break up if this doesn’t do well.”

Scaling back might not be such a bad proposition for Jeff. In his estimation, he’s used up all of his leave of absences

from his Ph.D. program and must finish his as-yet-untitled dissertation on avant garde Asian American literature within the following year. And while it might be difficult time-wise to juggle music and his scholarly pursuits, Jeff insists that, for him, the two go hand- in-hand.  “I’ m into literature and music the same way. To me it informs who I am and not something that I like to separate. You read the right book, it can influence your guitar playing more than any record could.”

He also credits literature for helping him understand his ethnic identity and broadening his perspective, and hopes to one day return the favor. “Teaching is a form of giving back. I had professors that transformed me, that really opened up a world that I would never have known. I love teaching. If you can facilitate pushing someone’s mind and opening up a door, that is the most rewarding thing.”

For now, though, professorships will have to be on hold. The Pumpkins are back in full force, and they’re out to conquer a new decade. Some fans may not be quite ready to let go of the past, but Jeff and the rest of the band are charging too hard, too fast, too loud to wait for them. 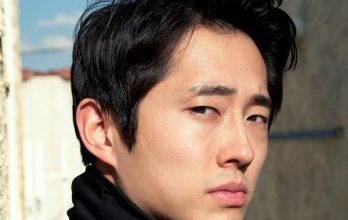