Yesterday, Hines Ward helped the Steelers topple the New York Jets 24-19 in the American Football Conference (AFC) Championship Game, earning the National Football League’s most vaunted franchise a record-tying eighth overall trip to the big game. Although he grew up in Georgia, the longest-tenured current Steeler has now indelibly etched his name into Pittsburgh lore with his gridiron success.

For a professional football player, Ward, who is half-Korean, isn’t particularly large (he’s generously listed at 6-feet, 200 pounds), nor is he known for blazing speed (he runs 40 yards in about 4.5 seconds) or exceptional leaping ability (a 33-inch vertical). But no NFL receiver had a better decade than the Steelers’ stalwart wide receiver—who is now in the 13th season of what could be a Hall-of-Fame career.

In fact, between 2001 and 2010, no one in the NFL had more than Ward’s 830 catches. You read that right. Over the last ten seasons, Hines Ward—not Randy Moss, not Terrell Owens and not Reggie Wayne—led the league in receptions. In addition, he had the fourth-most touchdown receptions during that time span, with 72, and his 10,146 receiving yards were sixth-best among NFL pass catchers. On top of his impressive statistical numbers, Ward led the Steelers to two Super Bowl titles and collected MVP honors for his efforts in Super Bowl XL after the 2005 season. Beyond his numbers and accolades, though, he is perhaps best known for his physical style of play and punishing blocks that have laid out dozens of opposing defenders.

A wide receiver’s principal responsibilities on the football field are to run routes, and when thrown the ball, to catch it. Simple, really. Depending on the coverage, a primary receiver like Ward will get targeted between five to ten times per game. But in a typical football game, each team will run approximately 60 to 70 offensive plays. Naturally, this raises the question: What do receivers do the rest of the time? Well, ideally, they’re supposed to block for their teammates, a decidedly less glamorous task than going deep. This is why most “star” receivers avoid it. Take Randy Moss, for example, who is infamous for loafing on plays where he isn’t the primary target. It makes pragmatic sense; after all, “blocks” aren’t included on a receiver’s stat sheet next to yards and touchdowns, which are what ultimately draws the big paychecks.

Somehow, someone forgot to explain all of this to Hines.

In an age of increasingly “me-first” attitudes and shameless self-aggrandizement, in which players like Chad Ochocinco tweet during games and star in reality-TV dating shows, Ward is a throwback to a bygone era. Indeed, Ward’s hardnosed playing style harkens back to the leather-helmet days when gridiron greats such as Red Grange and Bronko Nagurski ran roughshod through opposing defenses while barnstorming across the country. It’s fitting, then, that Ward, who turns 35 in March, has played his entire career with the Pittsburgh Steelers, a team that is synonymous with “tough” and which has perfectly embodied the fortitude and gritty blue-collar sensibilities of the city itself. And no player personifies the team quite like Number 86.

Of course, not everyone appreciates the Seoul-native’s old-school brand of football, least of all the players on opposing teams. Ward has twice been voted the league’s “dirtiest player,” based on a Sports Illustrated poll of NFL players. In 2008, he famously broke the jaw of Cincinnati Bengals linebacker Keith Rivers with a vicious run-block. Earlier this season, the Baltimore Ravens’ All-Pro safety, Ed Reed, claimed that Ward tried to “cheap shot” him during a game with a helmet-first block. And before the AFC title game, several Jets players denounced Ward as “the toughest player in the league when nobody is looking,” accusing the wide receiver of repeatedly hitting defenders on their blindsides.

Ward’s teammates, however, seem to appreciate having the four-time Pro Bowler on their side. After all, they have voted Hines as the Steelers’ team MVP three times. Ward finished the regular 2010 campaign one catch shy of the team lead, snapping his impressive streak of 11 consecutive seasons of leading the Steelers in receptions. His 954 career catches are also a team record, nearly doubling John Stallworth’s previous mark. A recent NFL Network panel unveiled Hines as number 8 on its list of “Top 10 Steelers,” an impressive feat considering that the franchise boasts at least 16 Hall-of-Famers.

Now, Hines is poised to lead the Steelers to their league-high seventh Super Bowl title (against the Green Bay Packers in Dallas on Feb. 6). During the regular season, the Steelers—led by Ward—rolled to the AFC’s second-best record, earning a first-round bye in the playoffs. In the divisional round against their hated rivals (the Baltimore Ravens), however, the Steelers found themselves down 21-7 heading to the locker room at the half. On the Steelers’ first offensive play, Hines drew a 15-yard personal foul for “unnecessary roughness” on a block against his old friend Ed Reed. He later atoned by going over the middle to snag a game-tying eight-yard touchdown catch to make it 21-all in a game that the Steelers eventually won 31-24.

To describe the play is to summarize Ward’s NFL career. Tough. Fearless. Winner. In other words, the consummate Pittsburgh Steeler. 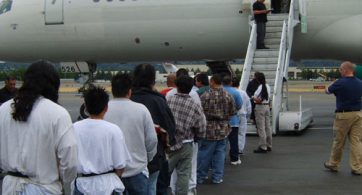 A Korean woman in Arizona, who was brought to the U.S. when she was under a year old, is facing deportation. According to the Korea Daily/New American Media,  Seo […]