Olympic gold medalist and snowboarding prodigy Chloe Kim is getting her own Barbie doll! To celebrate International Women’s Day, the Barbie brand announced the release of 17 new dolls modeled after modern and historic female heroes.

Kim is known for her confidence and swagger while performing snowboarding tricks and for being the first woman to nail back-to-back 1080s, a feat she performed at the 2016 U.S. Snowboarding Grand Prix. At the 2018 Winter Olympic Games, Kim won a gold medal for her impressive run in the women’s halfpipe event. At 17, Kim was one of the youngest athletes in Pyeongchang and one of the youngest to take the podium.

The 17 new dolls announced by Barbie are split into two lines: the 14 modern women featured in the “Sheroes” line include Kim along with “Wonder Woman” director Patty Jenkins, Australian conservationist Bindi Irwin and others. The second line, “Inspiring Women,” will honor Frida Kahlo, Amelia Earhart and NASA mathematician Katherine Johnson, whose story was told in the Oscar-nominated film “Hidden Figures.” 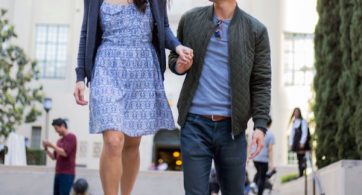 Wondering why diversity and inclusion in Hollywood has been such a hot topic as of late? Here’s where we are: In 2017, 18 percent of the year’s top 250 […]