A group of Asian actors have teamed up with British Filipina filmmaker Andrea A. Walter for “Empty by Design,” a contemporary drama set in the Philippines.

In it, two strangers who left the Philippines to live overseas — Samantha (Rhian Ramos) and Eric (Chau) — connect over their mutual loneliness as they go back to their home country. Samantha is a graduate student who’s drawn back home from London after her parents die in a car accident, while Eric is a stunt man who returns to work on a movie.

Pang and Basco are also a part of the cast, joined by Yoshi Sudarso, Desmond Chiam and Madeleine Humphries.

Ramos is a popular TV and film actress in the Philippines, while Chau is best known for his work in “Supernatural” and “Dirk Gently’s Holistic Detective Agency.”

The film is currently in production in Manila. 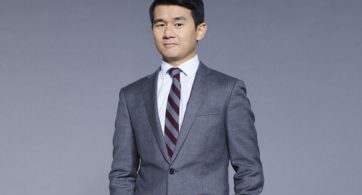 Sporting a razor-sharp, closely fitted gray suit, Ronny Chieng dribbles and moves with ease around the hoop in the parking lot of KORE in the soupy heat of Gardena, […]