Join the debate on movies, TV and American culture with “The MacGuffin Report,” a new player in the growing community of podcasts hosted by Asian Americans. Each episode of the 30-50 minute show is hosted by actress Raechel Wong (“Shut Up and Run”), comedian Walter Hong (“The Laugh Factory”) and writer Os Davis (“TrueHoop Blog”). The show is produced by Inclusive Medium, and debuted its first episode on March 22, 2019.

Hong, Davis and Wong all provide strong and unfiltered viewpoints, as they discuss everything from The Oscars to Asian stereotypes, and even Marvel’s “Avengers: Endgame.” While at times tonally serious, the show also offers plenty of laughs from Wong, Hong and Davis’ discussions.

The podcast has an Asian American perspective, but it steers away from exclusively covering Asian-related culture and has deliberately included Davis, a non-Asian co-host. “This is the final evolution of ‘Asian media,’ where we can comment on American culture at large without pigeonholing to just Asian content, but those comments are still informed by an Asian perspective,” said producer Bruce Jeong Lee.

You can listen to “The MacGuffin Report” via iTunes, Android, Spotify, PodBean or Stitcher. 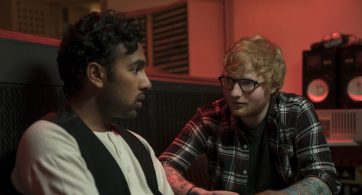 What if the Beatles and their music suddenly disappeared off the face of the planet in twelve fateful seconds? Well, say goodbye to all of those kitschy posters of […]