The CBS drama “Madame Secretary” is receiving criticism from Washington’s Philippines Embassy for portraying a fictional Filipino president getting punched for making inappropriate advances on the show’s protagonist.

The episode, ironically titled “Break in Diplomacy,” is described in the episode synopsis as featuring the “Philippines’ unconventional new president,” a possible reference to the controversial Phillippine leader Rodrigo Duterte, who assumed office in 2016.

The embassy has asked the network to correct the episode to put its government in a less unfavorable light. “This highly negative portrayal of our Head of State not only casts doubt on the respectability of the Office of the Philippine President but also denigrates the way our nation navigates foreign affairs,” the embassy said.

The embassy also decried the episode’s implicit criticism of the Philippines’ sexist culture, stating that the show “tarnishes the Philippines’ longstanding advocacy for women’s rights and gender equality.” Indeed, the Philippines have had two female presidents, but Duterte has been accused of sexism; last April, he joked about the gang rape and murder of Australian missionary Jacqueline Hamill, lamenting that he had not been the one to take her virginity.

This latest friction reflects growing tensions between the United States and Duterte, who called Obama a “son of a b—h” in September for criticizing the rise in extrajudicial killings during Duterte’s controversial crackdown on drugs. Duterte has also vowed to decrease the Philippines’ dependency on the United States, straining relationships between the nations.

Here is a trailer of the “Madame Secretary” episode: 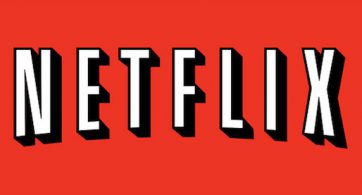