The period piece will follow a crown prince in the Joseon era who is “sent on a suicide mission to investigate a mysterious outbreak that leads him to a brutal truth that threatens the kingdom,” according to Deadline, and run eight episodes.

Kim Eun-hee, whose K-drama writing credits include the ratings smasher “Signal,” as well as “Sign,” “Ghost” and “Three Days,” will pen the show, produced by Astory.

“I have been working on ‘Kingdom’ since 2011,” Kim said in a statement. “I wanted to write a story that reflects the fears and anxiety of modern times but explored through the lens of a romantic fascination of the historical Joseon period. Working with Netflix helps us to unlock this creative vision for ‘Kingdom’ and I am excited to further build this unique story with the director for whom I have tremendous respect.”

News of “Kingdom” comes just a couple months after Netflix’s commitment to its first original K-drama production, the romantic comedy “Love Alarm.” Both projects will air in 2018.

Another Korean project, the film “Ojka” by director Bong Joon-ho, is also coming to Netflix. The pic stars an international cast that includes Ahn Seo-hyun, Tilda Swinton and Jake Gyllenhaal. 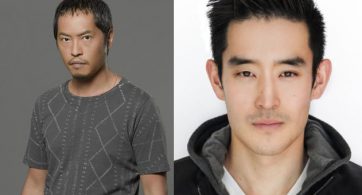 Marvel’s “The Inhumans,” which will air on ABC, has cast Ken Leung as Karnak and Mike Moh as Triton, both members of the Inhumans Royal Family. Leung’s Karnak is […]