The Mississippi Delta — a region located between the Mississippi River and the Yazoo River where the Delta blues were born and agriculture still reigns supreme.

There’s a distinct narrative about the American South, but it’s usually about the civil unrest between blacks and whites, which is fine, except that isn’t everything the South is. What that narrative neglects to address is the other minority groups that arrived in the aftermath of the Civil War.

It is these misconceptions about the region that Andrew Kung and Emanuel Hahn, two Asian American photographers based in New York, look to change with their audiovisual project, “The Mississippi Delta Chinese.”

Over the course of about 10 months, Kung and Hahn undertook the personal project which first evolved from Kung’s interest in the Asian American community in the South. In their abstract, the photographers explain popularized “model minority” narratives place Asian Americans in primarily urban, coastal cities. Kung and Hahn sought to highlight stories outside of that sphere, turning their attention to the South where Kung’s parents met and married.

“We found this NPR article about the Mississippi Chinese community and one of the reporters wrote a small piece on it. We were kind of just so fascinated,” explained Hahn. “We knew there was a deeper story there, so we had to explore it.”

“The Mississippi Delta Chinese” features about 16 members of the Chinese American community in the region and includes their testimonies on topics like cultural identities and racial equality. It includes photographs of the interviewees and the Delta they grew up in.

Kung and Hahn began the project with photography only, but decided to add the interviews to preserve the character in the way that their interviewees spoke and provide context around the stories being told.

“There’s a kind of novelty to the Southern accent, spoken in person, but beyond that: I think we can tell a deeper story when you bring in audio,” Kung said. “[The photos] capture a striking visual and that’s something you can see, but I think audio takes it to the next level where you can not only just see that person but you can imagine them from what they talk like.”

He adds that he wanted them to be able to tell their story in their own words, rather than having either of the photographers try to “put words in their mouths.”

Andrew Kung, left, and Emanuel Hahn, right, took a trip to the Delta to photograph the Chinese American community.

Frieda Quon, a retired librarian at the Mississippi Delta Chinese Heritage Museum and the photographers’ first contact, explained in the project that the Chinese have been present in the Delta for more than a century. Chinese Americans also experienced segregation and exclusion from schools and hospitals. She adds that they were considered “second-class” citizens.

“The whites were in power. The blacks, definitely out of power and the Chinese were just kind of in the middle. We knew it was not right, but what could we do? You know, you just kinda, ‘OK, this is the way it is!’” said Quon, who grew up during the ’50s.

Chinese immigrants first arrived in the Delta during the Reconstruction period as a labor replacement for the now-freed African American slaves. Most arrived in search of economic prosperity, but quickly learned that being farm laborers would not provide them what they wanted. Family-run grocery stores sprung up, with many largely serving black communities.

Classified as “non-white” but also “non-black” in the state’s biracial social structure, the Chinese immigrants edged their way into the system and acted as the “middlemen” at a time where racial tensions were at their highest.

In the midst of increasing acculturation and dwindling numbers as their children left the region for higher education or better economic opportunities, the Mississippi Delta Chinese continued to thrive in the rural South and contribute to a greater tapestry of Asian American history in a place where many least expected them to be and where many still don’t.

The Mississippi Delta is one of the poorest places in the country. Hahn said that while people “tend to associate the South with the backwards narratives that people were not as accepting” in this political climate, he and Kung had no preconceived notions of the Chinese community there. “We couldn’t imagine what that was like. I think after going there and meeting them, talking to them, hearing about their experiences that we could understand what their lives are like.”

“There was a time when the Mississippi Delta was a thriving economy, where a lot of people moved to the Mississippi Delta to make their fortune,” Hahn said. “Nowadays, it’s the reverse and I think that it’s very important to realize that the Chinese community came of age when the economy was changing. The South we think of today, it’s not how it’s always been.”

Hahn and Kung received comments on their social media accounts from Asian Americans who grew up in the South, who said the stories shared in the project resonated with them.

“A lot of people have been saying, ‘Oh, hey. This is my story. I grew up in the South. Not necessarily along the Mississippi Delta, but as an Asian American growing up in the South,’” explained Kung. “‘I had a lot of similar feelings and sentiments that I was never able to express until I saw this project.’ Hearing things like that, that was enough to validate this project for us.”

The full project can be found here.

For more of Andrew Kung and Emanuel Hahn’s work, you can check their Instagrams here and here. 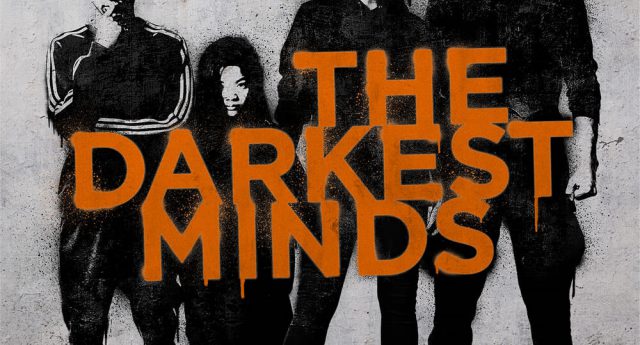 20th Century Fox just released the trailer for director Jennifer Yuh Nelson’s “The Darkest Minds” — and we are shook. Based on Alexandra Bracken’s novel of the same name, […]