Los Angeles photographer Charles Kang never paid much attention to Dia de Los Muertos, the Mexican holiday that pays respect to deceased loved ones—that is, until he felt “a need” to participate.

“I paint half of my face as a skull for the deaths in my life and to retain my identity,” says Kang, whose mother and father have passed away. “It’s not as morbid as it sounds. There’s liberty in it, as anyone who has worn a mask may know.”

Kang, who has been celebrating Dia de Los Muertos since the 1990s, will be featured in an artists’ showcase on Saturday as part of the annual Dia de Los Muertos festivities in Los Angeles, presented by El Central del Pueblo and Arte de Eros.

Kang’s surname certainly stands out in this list, but the Korean American feels a strong connection to the Mexican holiday—usually celebrated Nov. 1 or 2, timed with the Catholic holidays of All Saints’ Day and All Souls’ Day—that includes donning masks, building private altars to the dead, visiting gravesites of loved ones bearing gifts, and Aztec ceremonial drumming.

“Traditional Korean drumming is in some ways similar to Aztec ceremonial drumming,” notes Kang. “There is something infectious in subtle, loud, continuous, unvoiced, drum-beating. Watching others honor their loved ones helps me through the resentment that comes with absence.

“How does one honor the dead? What do we have to offer rather than wish for their presence at our own milestones?” he asks. “With whatever art or expression that comes out of us, with dance, with rich foods. There’s a lot of walking, observing, listening, and eating to be done at these festivals—all healthy and beautiful things.”

Kang was introduced to black-and-white photography while in college. Despite living in a digital age, he says his favorite images were shot on film with cheap vintage equipment through “crap lenses.” He has a particular interest in photographing nature, and says he’s always looking for significance in the mundane, for light in darkness. 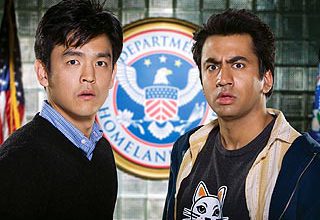 The White House revealed the guest list for tonight’s State Dinner in honor of South Korean President Lee Myung-bak. The list included the regular who’s who of Washington along […]