The inventor of the Pinyin writing system — which converts Chinese characters into words that use the Roman alphabet — died Saturday at the age of 111.

Zhou Youguang, who created the system nearly six decades ago, boosted literacy rates in China and bridged the gap between the country and the West, according to NPR News.

Pinyin was adopted by China in 1958 to give those who were unfamiliar with Chinese characters a way to understand how to properly pronounce them, though it was not the first system of Romanization. Pinyin allowed people to clearly figure out the meanings of characters when they converted into languages that used the Roman alphabet, such as English and Spanish.

Zhou, who was an economic scholar in the 1950s, said that he was originally reluctant to take on the task of creating the linguistic system when asked by the Chinese government.

“I said I was an amateur, a layman, I couldn’t do the job,” he told NPR in 2011, noting that he came back to China from the United States in 1949 after the nation’s Communist revolution. “But they said, ‘it’s a new job, everybody is an amateur.’ Everybody urged me to change professions, so I did. So from 1955, I abandoned economics and started studying writing systems.”

Zhou perfected Pinyin in just three years, though he told the BBC he was the butt of jokes because “it had taken a long time to deal with just 26 letters.”

According to the BBC, before the invention of Pinyin, as much as 85 percent of Chinese people could not read. However, UNICEF reports the literacy rate in China is up to 95 percent.

Despite the popularity and success of Zhou’s system, China’s communist government during the ’60s and ’70s labeled him as a “reactionary academic authority” and exiled him to a labor camp for more than two years, according to the New York Times. 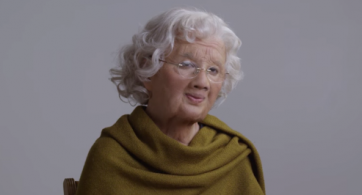