Pixar’s first female-directed short film, “Bao,” will be premiering at the Tribeca Film Festival before showing with “Incredibles 2” this spring and summer.

Directed by Domee Shi, “Bao” is the story of an empty-nesting Chinese mother who gets another shot at motherhood when one of her dumplings comes to life. She learns, however, that nothing small and cute can stay forever.

The eight-minute short is Pixar’s longest to date and portrays the complexities of parent-child relationships while highlighting the vibrancy of Chinese American immigrant culture.

Shi was born in China but grew up in Toronto. Shi started out as an intern at Pixar before being hired as a story artist. After pitching several ideas for shorts, her idea for “Bao” was eventually greenlit.

“Bao” will premiere at the Tribeca Film Festival on April 21, and “Incredibles 2” hits theaters on June 15. 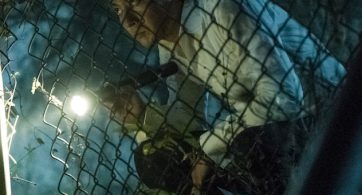 If there’s one genre in which South Korean cinema reigns, it’s the revenge thriller — and the latest offering from director Choo Chang-min is led by two heavyweight actors, […]