Presented in an 8-bit style that will evoke geeky nostalgia, the objective of “Japanese Breakquest” is to collect parts to build a Machinist robot that will defend a spaceship from an oncoming alien attack.

Songs from Japanese Breakfast’s most recent album “Soft Sounds from Another Planet” plays in the background and become available for download once players beat the game.

Players can also collect band merchandise to upgrade their characters’ stats and learn abilities that will help them beat the game. To defend your spaceship against aliens, play Japanese Breakquest here. 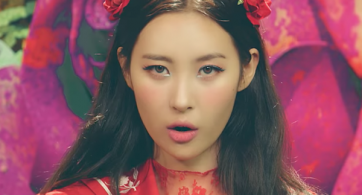 Fall is nigh upon us, and K-pop is gearing up for another season of excellence. Here are our top autumn openers from the most recent K-pop releases: “Power” – […]