It’s a cold morning in February, and this audience willing to get out of bed before dawn are bundled up and breathless with anticipation. At five podiums stand a diverse group of K-pop fans: two Asian guys, two African American women and a white woman hopping with enthusiasm to win front-row tickets to see BLACKPINK perform on “Good Morning America.” As the blonde host lobs softball questions at these so-called superfans, they keep getting the answers wrong.

Finally, the easiest question of all is asked: “What is the name of the BLACKPINK fandom?” The African American woman dressed in pink is elated to get the answer right: “Blinks!” she shouts. Even though she is the only one who got an answer right, all five are allowed to run into the warm interior of the studio to witness the phenomenon that is BLACKPINK. Here, on one of the television shows that our country wakes up to everyday, everyone is a winner.

Like their male counterparts BTS, who performed on “Good Morning America” five months prior, the quartet of Jisoo, Jennie, Lisa and Rose are a part of the latest K-pop wave trying to invade the American mainstream. But with the increasing globalization of pop music—see “Despacito,” J Balvin, et. al—could they be the ones to finally break through and achieve what BoA, Rain, Girls’ Generation, Psy, et. al could not?

Their EP “Square Up” was the highest charting Korean release by a female act on the Billboard 200, a prestigious American barometer of pop song success. And in April they will be the first Korean girl group to take the stage at the Coachella Music Festival. “We heard ‘Coachella’ is one of the biggest festivals,” BLACKPINK wrote in an email interview. “We heard that amazing artists such as Ariana Grande, The 1975, Diplo, Khalid, Zedd and Childish Gambino will be there as well. As the first K-pop girl group to perform at Coachella, we will make sure to showcase the best performance for everyone.”

And perhaps the highest form of flattery: four little Thai girls named DEKSORKRAO recorded a brilliantly convincing parody of “DDU-DU DDU-DU” in what looks like a remote rural village in Thailand that went viral. Even Lisa noticed. So when Jennie coos, “BLACKPINK in your area,” she ain’t lying.

“We are thrilled to finally kick-off BLACKPINK in the states,” they said via email about their latest forays on to American soil. “We are honored that we are able to show all our ‘Blinks’ our unique performance. We are excited to connect with our fans overseas on a deeper level. With the help of YG and Interscope, we hope to become one of the best international groups.” Which BLACKPINK member said this in the polite correspondence remains a mystery.

Like most K-pop groups, the idols of BLACKPINK are closely guarded by YG, their record label/management/agency. “The New Yorker” described it like this: “K-pop stars are selected, frequently as children, for their good looks, and then aggressively minded and groomed for success by teams of producers and managers.” So, you’re not going to get the kind of fully embedded access that the young music journalist gets with the band Stillwater in the movie “Almost Famous.” Instead, you’re going to get an email interview, with the questions cherry-picked by their team and happy, diplomatic (and inscrutable) answers. And I thought the American music industry machine was impenetrable!

Be that as it may, BLACKPINK has resonated with yet another generation of global K-pop fans, with a look, sound and enterprise that is now enjoying ten years since acts like BoA, Rain and TVXQ became international sensations outside of Korea. Consider “DDU-DU DDU-DU,” the song that the women performed on “Good Morning America.” The bass thunders and rattles like the trunk of the local drug dealer’s Cadillac. “Two hands full of fat checks / If you’re wondering about it—fact check,” warns Lisa, who flips from breathless double-time rapping to R&B-style singing with the fluidity of a fish swimming in a lake on a snowy mountain, like a Thai Left Eye.

The hip-hop influences are also strong on “Whistle,” which references the slamming bass drop and the sharp shrill accents from the 2005 Juelz Santana song “There It Go (The Whistle Song).” And of course there’s “Blow the Whistle” by Too $hort and “Whistle While You Twerk” by the Ying Yang Twins. My point is that BLACKPINK’s hip-hop references are, compared to previous generations of K-pop, increasingly sophisticated and esoteric.

Meanwhile, “Playing with Fire” takes on a decidedly more EDM turn, with Avicii-style keyboard riffs as the various members take turns belting out blazing hot vocals. It’s this versatility—the band’s multilingual and multicultural roots that truly make the band global. Both Jennie and Rose have roots in New Zealand, while Jisoo is the only homegrown Korean talent in the band. And though the Seoul native doesn’t speak English as well as her bandmates, it doesn’t really matter in a world in which Billboard charts can feature artists singing in Spanish or Korean, as well as English. Or, as Jon Caramanica of “The New York Times” proclaimed on his podcast: “English is no longer the lingua franca of global pop.” And so as K-pop evolves into a sophisticated, syncretized musical form, the ears of global listeners have likewise matured and evolved to receive these sounds.

Although it’s tough to gather factual information about the members because of how opaque the K-pop industry is, one could gather a few knowns about these idols. As Euny Hong writes in “The Birth of Korean Cool: How One Nation Is Conquering the World Through Pop Culture:” “You don’t need to know what the individual singers’ back stories might be—which ones grew up in trailer parks or started singing gospel in their church. … K-pop labels love stars, but not superstars: they don’t want to get into a situation in which one band member becomes indispensable.”

Educated abroad at the ACG Parnell College in New Zealand, Jennie Kim was the first girl from BLACKPINK to become acquainted with celebrity when she appeared on a MBC documentary, “English, Must Adapt to Survive.” In one old clip from the 2006 program, a 10-year-old Jennie can be seen struggling to chop onions from a distance in order to keep her eyes from tearing. Her bandmate Jisoo teased her about it on another MBC show, My Little Television, last May.

Rosé Park was born in Auckland, New Zealand, and raised in Melbourne, Australia, where she studied at Canterbury College. At the “Good Morning America” appearance, she seemed the most at ease holding the microphone and answering questions in fluent English. As a kid, she sang, played the guitar, drew a lot and participated in cheerleading until she placed first at a YG audition. She trained for four years before becoming a member of BLACKPINK. “I’ve learned that being a professional means working out a good balance between working within the rules and being creative and adventurous at the same time,” said Rose. “I guess when you’ve learned how to be good at both, that’s when you can be called a professional. I’m still working on it!”

Like Jennie, Jisoo Kim was born in Seoul. But because she has been so reluctant to speak English in her public appearances in the U.S., it’s tough to get a sense of her personality. She hews closest to the picture-perfect female K-pop ideal. We do know that she’s the oldest member of the group, and will mother and tease the other members. She signed to YG in 2011 and trained with them for five years before the big reveal. When asked what’s the most important professional lesson she’s learned, she said, quite simply and generically: “To do my best and live the moment to its fullest.”

Maybe because Lisa is actually a Thai national she has captured the fascination of BLACKPINK’s global fans, raising questions about what it means to be “Korean.” She was born in Bangkok as Pranpriya Manoban, but eventually changed her name to Lalisa, which means “she who will receive praises” in Thai. People often think she’s mixed, but Marco Brueschweiler, a Swiss chef, is actually her stepfather, not biological. In 2010, she was discovered by YG at an audition in Thailand. During her training, she said she learned valuable lessons. “Whatever happens, have the ability to stay calm, not panic and stay positive and think thoroughly before taking any actions,” she said. One of the most well-known factoids about Lisa on the internet is that she can speak Thai, Japanese, English and Korean fluently and can learn choreography by just watching a routine once.

As K-pop succeeds, so too does its carefully manufactured image of female beauty. From Africa to Iran to America’s heartland, screens of perfect Korean womanhood—the sum total of alabaster skin, Barbie doll body proportions and straight waist-length hair—are reproduced, perpetuated and shared exponentially. “We heard that ‘Ddu-Ddu Ddu-Du’ was the fastest K-pop video to reach 6 million views,” the email said. “We were so in shock we didn’t know what to do with ourselves. We also heard that our YouTube subscribers hit around 17.97 million. We couldn’t believe it when we were the K-pop group that had the most subscribers on YouTube. We are extremely thankful for the overwhelming love that we have received.”

While the men of K-pop appear increasingly androgynous, with abundantly expertly applied eye makeup and elaborate hair and fashion choices, the women continue to regress into hetero-normative innocence, or what Koreans celebrate as “eh-gi-yo”—cute, youthful, baby-like. Six billion girls and boys, men and women, absorbing the platonic Korean ideal of what is beautiful, what is desirable, what to aspire to.

Back on the set of “Good Morning America,” the cheering subsides as the synthesizer keens its sinuous refrain. Four perfect women appear on the purple-lit stage. They shimmy their tiny Barbie shoulders in unison. They march into position with their gangly foal legs. Jisoo postures in a prim blouse, buttoned to the top, but with parts of it strategically cut out. Lisa, the hip-hopper, swaggers and gesticulates in shredded jeans. Rose, the lead singer, swings her rose-blonde tresses so it brushes against the waist of her stretchy mini-dress. And Jennie, the upmarket leader of the group, sports a Chanel-style jacket with matching hot pants. Once they’re in position, they do a dab-like arm movement and shout all together: “BLACKPINK!”

When asked what is their message to their English-speaking fans, the mysterious group email reads: “Kicking off our world tour, we will be in your area from all parts of Asia, the States, Europe and even Australia. We are coming for you, Blinks—please be patient with us ♥ Love you all!” 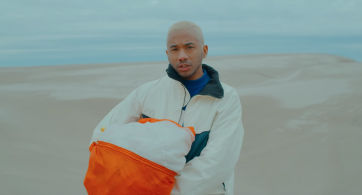