As William Shakespeare and Dan Seals once said, all that glitters is not gold. And nobody knows that better than Samantha Song in “The Fraud Squad.”

Debut author Kyla Zhao’s contemporary romance novel drops today, Jan. 17. The story follows Song, who dreams of writing for a high-class magazine but has landed instead at a lackluster PR firm. Her position as a working-class woman in Singapore means that her dreams feel like a far-fetched fantasy, but Song lives her ideal life vicariously through her socialite coworker and friend, Anya Chen. That is, until she meets Timothy Kingston, the son of one of Singapore’s elite families and Song’s opportunity to infiltrate the shining socialite scene.

With the help of Anya and Timothy (and plenty of borrowed designer fits), Samantha is determined to impress the editor-in-chief of Singapore’s most elite magazine. But as she plunges ever deeper into a treacherous sphere of luxury, glamor and deceit, Samantha is forced to reconcile her deception with who she really is before she loses everything—including herself.

Born and raised in Singapore, author Kyla Zhao graduated in 2021 from Stanford University with a master’s in media studies and a bachelor’s in psychology. Prior to novel-writing, Zhao has written for fashion magazines such as Vogue Singapore, Harper’s Bazaar and Tatler. She currently works in marketing at a tech company in Silicon Valley, California. Last week, Zhao sat down with Character Media to discuss the themes behind her debut novel and what’s in store for the future of “The Fraud Squad” universe:

Character: There are two significant quotes from the protagonist in this novel—one is, “Life was about playing the hand you were dealt,” and the other is, “The background you’re born with doesn’t define who you are.” How does your story wrestle with these two conflicting ideas?

Zhao: Yeah, that is a central conflict in the book that the different characters struggle with [which] contributes to the idea of everyone being a fraud in [their] own way, even though Samantha is the most obvious case. Readers will see that every character embodies [fraud] in their own way, this sense of imposter syndrome, of wanting to be someone [else] but feeling pigeon-holed by their circumstances or by how other people define them. This is a central theme that I wanted to explore in this story, the idea of classism and feeling like you’re locked into a certain level in life based on the position you were born into.

Many characters in the novel also seem to have a mindset of grass being greener on the other side.

Definitely. I studied psychology in college, so one thing that has always struck me was Maslow’s hierarchy of needs, [where] different stages in life have such different priorities and concerns. So, for instance, because [Samantha] grew up with a low socioeconomic status, her biggest idea of success is being around these wealthy, famous socialites, wearing designer clothing, going to fancy events, being able to write for a luxury magazine. But for Tim and Anya, who grew up in high-society, their idea of success takes on a different meaning [because] when you get something really easily, it doesn’t feel meaningful anymore.

Do you envision future installments for “The Fraud Squad?”

This is just going to be a stand-alone novel for now. But I actually have another adult novel coming out from Penguin Random House next November, [which] combines two of my favorite things: fashion and Silicon Valley. My second book won’t be a sequel, but there will be brief mentions of “The Fraud Squad” characters popping up. I like creating this universe where characters from different books interact with one another, but they all have their own stories.

What do you hope that people can take away from your book?

I really hope my readers enjoy it as a fun and breezy read! When I was writing it in 2020 at the height of the pandemic, I wanted to craft this fictional world that was as far from pandemic reality as possible, something that I could escape into and lose myself in. So I hope reading it feels like going on a vacation to somewhere exciting. I also think there’s a tendency for non-Asians to see Asians as a monolith, primarily through the lenses imparted from the works of famous Asian American authors like Amy Tan and Maxine Hong Kingston. But hopefully, my book showcases a different side of the Asian diaspora and demonstrates that we lead vibrant, colorful lives. 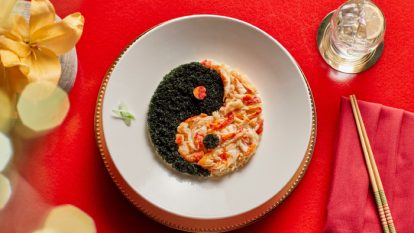 As the Year of the Rabbit approaches, Pechanga Resort Casino welcomes everyone to join in the celebration of the festival with a series of promotions and giveaways in January […]