After nearly seven years, over 40 videos, three years of running a fellowship program for young filmmakers, and a feature-length documentary, Jubilee Project founder Jason Y. Lee is beginning a new chapter for the brand with Jubilee Media.

Founded in 2010 by Lee, his brother Eddie and their friend Eric, Jubilee Project began as a platform for videos to raise awareness and create social good. Over the years, Jubilee Project has evolved from its early cause-based videos to more meaningful shorts, and more recently has focused on expanding its reach as a millennial-focused content hub.

Lee recently announced the new direction for Jubilee as a for-profit, startup media company that works to produce the same kind of content as a drive for good and change, but as he put it, “We would probably do a lot more, make a lot more impact and make a bigger splash as for-profit start-up.”

Last April, Lee made the change official with a new video on Jubilee’s YouTube channel, proudly claiming, “WE’RE BACK!” Jubilee also caught up its subscribers on “Save My Seoul,” their documentary about prostitution and sex trafficking in Seoul. The film recently premiered at the Los Angeles Asian Pacific Film Festival, and won the Grand Jury Award for Documentary Feature.

We spoke to Lee about new chapters in his digital content and the impact of “Save My Seoul.”

When did you realize it was time to change Jubilee Project?

It started probably about two years ago, as we were really in the thick of working on the documentary “Save My Seoul.” But we had a couple of changes with my team, where both of my co-founders ended up transitioning and doing something different. I realized that my heart is still the same, I want to use media to change the world, but I realize that the way to do that was slightly different.

What’s been the most exciting part of watching the new company unfold?

It’s been really fun because we really got to come back to a state of experimentation. One of the mantras we’ve adopted this year is the idea to have the courage to fail; we want to make videos that are interesting, kind of push the boundaries, and are a little bit different than what we would normally do, to almost re-discover what a much bolder and stronger and powerful voice would look like.

How do you aim for the new Jubilee Media to continue work like “Save My Seoul”?

I think that, at the end of the day right now, what we’re seeing is that the world is more divided than ever. With the election, and race relations, and terrorism, it’s really easy for us to be jaded and cynical and complacent. Our focus is that with Jubilee Media content we want to be content that really bridges people together and tells really incredible human experiences, human relationships, human questions and ultimately bridges people together and inspires love. So our hope is that we’re going to be kind of furthering what we started with Jubilee Project, what we continued with “Save My Seoul,” and now this is version 2.0.

Do you think the film evolved along with the changes at Jubilee?

I’m not sure if the film evolve with the changes at Jubilee, or I evolved with the changes of the film. In a lot of ways, doing a feature length documentary was never something I envisioned for Jubilee Project ever. But seeing that we’re capable of telling these great stories at an excellent level kind of pushed my understating of, “Hey, there’s a much bigger opportunity here.”

We were sorry to hear about the loss of Crystal, a main voice in the documentary. When the team was ready to get back to the project, what was that feeling like?

I think that there was a bit of a second wind of understanding why we were making the film. Making the film was almost a four-year process for us, so I think that when you work on something for so long you kind of become accustomed to just the film. And I think that the tragedy really was a reminder for us of why we’re doing what we’re doing. It made us really redouble our efforts in terms of trying to make sure that her story and this story gets out there for people to see and hear.

After its release in July, what’s next for the film?

Not so secretly, our hope and goal is to get onto a platform like Netflix. Mainly because we want as many people to see this film as possible, and we think that’s going to be possible with the film on something like Netflix or Amazon or Hulu or what have you. That’s why it’s such a big effort to get as many sales of the film as possible because we need to show the powers that be that there’s an incredible demand for this film and that it’s a film people want to watch and it’s a story worth investing in. 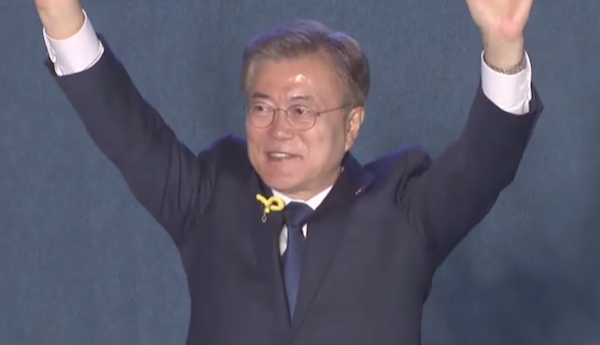 WASHINGTON — President Donald Trump took South Korea to task over its trade surplus with the United States on Friday, demanding renegotiation of a bilateral pact, even as the […]