The June Democracy Movement, which brought about the fall of the brutal Chun Doo-hwan dictatorship in South Korea, unfolds through the eyes of a female college student in Jang Joon-hwan’s “1987: When the Day Comes.”

“1987” details the death of Seoul National University student Park Jong-chul at the hands of police interrogators, and the aftermath, which included month-long mass protests. Among the characters in play, some of them based on real-life activists and officials, are a corrupt commissioner (Kim Yoon-seok), a righteous prosecutor (Ha Jung-woo), a prison ward on the side of democracy (Yoo Hae-jin) and a reporter who, tired of censorship, takes matters into his own hands (Lee Hee-joon).

The film was a box office hit in South Korea upon its release late last year, and scored the top film prize at the prestigious Baeksang Arts Awards.

Kim is one of South Korean cinema’s top actors, while Jang is best known for films like “Save the Green Planet!” and “Hwayi: A Monster Boy.”

Why did this film interest you?

Kim: I was a college student in 1987. People of my generation carry a deep debt in our hearts, especially to those who made sacrifices during that era. Making this movie, I had a chance to look back at that year and at how our entire nation came together. I was reminded again that we can’t forget those moments.

You were a college student in 1987, just like the film’s protagonists.

Kim: The scenes in the film, especially when the students put on protests — those scenes reflect probably 90 percent of what I saw in real life at the time.

Jang: I wasn’t a college student yet. I was in high school. I remember older people I knew who were in college who were beat while protesting. I was a curious student, and I remember watching banned videos in church. It was a scary time, and shocking for me to see that.

In the past decade, South Korean films have come a long way in terms of global reach and influence. Are there changes or progress you’d like to see?

Jang: In the past 10 years, I feel Korean films have become softer, in a sense. They’re more mainstream, more marketable. The stories have patterns. My hope is that we can recover the energy of the Korean films of the early 2000s, the variety of ordeals they carried. That will give South Korean films more power, I think. I’m between frustration and anticipation.

Kim: Some people say that Korean films are looking more and more like American films. I want to see Korean films have more individuality.

How conscious are you of the global market conscious as you make your films?

Jang: No. For “1987,” we just didn’t have that bandwidth. This is such a Korean story, a story about people who are still alive. Our focus was really on doing that justice. The film’s about basic human rights, like justice, equality and freedom, In that sense it should resonate with not just Korean audiences but international ones too.

Many people are crossing over to Hollywood projects nowadays. What about you?

Jang: I’m interested in any story that’s about people, period. I feel I could do any project involving good storytelling. But it’s not a specific plan for me.

Kim: Even up until recently, Hollywood only used Asian actors for stereotypical roles, like as action villains or as one-dimensional characters. But as we all get to know each other better, I can see that our perspectives have widened too. It’s a good time to create. But there’s still homework for us to do… language is a barrier. But like the director said, if there are good stories about people, I’m open to doing projects anywhere.

Jang: 1987 was a miracle year. I think it was a beautiful story, about a nation that came together as certain truths emerged. It’s a story from which we can take courage and hope. 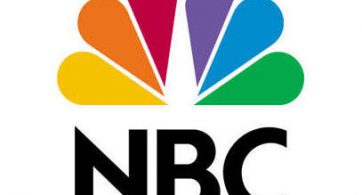 From more than 1,000 applicants, Asian American directors Christine Swanson and Heather Jack have emerged as two of 10 finalists of the inaugural class of NBC’s Female Forward program. […]