There’s a new challenger in the WWE ring. Wearing glittering costumes and a fierce scowl, “The Protector” Xia Li has finally arrived.

Born and raised in Chongqing, China, Li trained in wushu and even co-founded her own fitness studio. She joined WWE’s performer roster in 2017 after trying out in Shanghai, making her the first Chinese woman—ever—to take the WWE stage. As The Protector, Li quickly climbed the ranks to become a Superstar to watch. She’s defeated the likes of Katrina Cortez and Valentina Feroz, and put on a show-stopping performance in the 2019 Women’s Royal Rumble Match.

On Dec. 10, Li’s fans finally got to watch her SmackDown debut at Los Angeles’ newly minted Crypto.com Arena. Catch up with the Superstar in our exclusive Q&A here!

Li: I was a fan when I was a child, because my role model is The Rock. I really love him, so that’s how I know about WWE. But I never thought I was going to be part of that. [laughs] One day I got the news that WWE was coming to China and having try-outs. I thought, “I know I don’t have that experience, but I want to try.” So, I had a four-day try-out in China, and I’m the one who got hired! I moved to America and the WWE Performance Center to train, practice and be part of the WWE family.

What have your physical and mental training processes been like?

I do a lot of workouts of different kinds, like riding a bike, going to the gym, kickboxing and ring training. I like to switch. I don’t want to just focus on one part; that makes my mind mess up. So I always change [it up] so I have a different feel. When my morale feels down, I like to go to the gym to spread it out. That makes me feel happy and [gets me] back to work.

What is ring training all about, for those who don’t know?

In the WWE Performance Center, we have a professional coach to teach us how to perform on stage, to do the show, to train ourselves to be stronger or to use the moves. [We learn] how to protect ourselves or how to protect our opponents to make the show for the audience.

As Asian women are often stereotyped as fragile or vulnerable, what does it mean to you to perform in such a male-dominated arena?

First of all, I know more girls, more women have [these dreams]. I want to prove myself and make my dreams come true. And second of all, there’s my family, my people from my country. They are supporting me and I want to do it [well]. I’m representing my country. Also, I want to show the world who I am, where I’m from.

How do you hope The Protector inspires fans?

Actually, I had a dream when I was a child. I wanted to be a superhero. When I started martial arts, [I thought,] ‘Oh, I can do this to protect myself and my family.’ So then I kept doing martial arts and competing, and I had a gold medal, a silver medal. I was competing a lot, so that gave me a lot of power [and made me] feel safe.

This new character is what I want to do. The whole package that [WWE] put on TV is my real-life story, so I’m very happy to show the world. It’s my dream come true. There’s people who have been waiting for my new character, and finally they can see me.

And what do you want to say to those fans?

Keep watching me; see what I can do. Every week, every Friday, SmackDown on Fox. 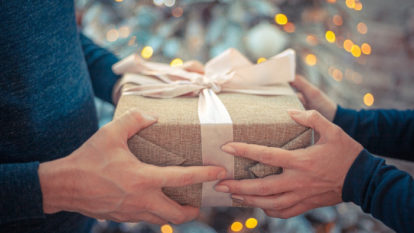 Check out these unique AAPI-created products to add to your holiday shopping list.