You may have seen the viral video which shows a tour guide giving a description of San Francisco’s Chinatown to a number of individuals aboard a tour bus. Doesn’t sound like footage that would go viral? Well that’s because when I say she gave “a description” of Chinatown, I actually mean she gave a drunken, angry rant full of racism and profanity.

The video, which was shot by a German tourist on the double decker bus, shows the tour guide explaining that it is her last day on the job. Apparently, she thought the perfect way to celebrate this occasion was to drop the F-bomb all over the city. After watching her controversial performance, we’re going to go ahead and say she’s not a fan Chinatown.

In response, the tour guide, who remains anonymous, spoke out to say she was not drunk and was simply doing a “satirical comedic portion of the tour.” She contacted San Francisco Supervisor David Chiu and said “I thought that I could bend the rules. I thought that I could be a little outrageous, and it was something that went way too far.”

Many do not believe she was simply trying to be comedic. However, Chiu recognizes the importance of the tour guide taking responsibility for her inappropriate actions. In a Facebook post, he wrote:

“She also apologized and seemed to be coming to an understanding that her comments were not “satirical” or “comedic” but were instead incredibly harmful and offensive. I don’t know the woman’s name or her phone number but she said she was going to call me back today to talk about what she can start to do to make amends to the Chinatown community and all of San Francisco. I’m glad she’s starting to come forward and realize she needs to take responsibility for her actions.” 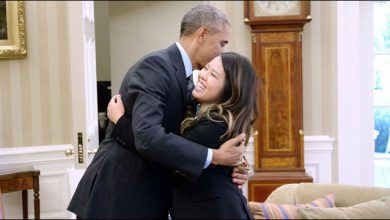 When 26-year-old nurse Nina Pham contracted the Ebola virus from her patient, Thomas Eric Duncan, it seemed like all of America entered a state of panic. After all, […]