If you happened to grow up in the ‘80s (or ‘90s, or early 2000s, or 2010s…), chances are you probably picked up a book from “The Baby-Sitters Club” series at one point or another. And if you happen to be Asian American, chances are you might have quickly zeroed in on the character of Claudia Kishi, the club’s quirky VP.

If you didn’t know by now, you weren’t alone, and now there’s a documentary short from Netflix to prove it. In celebration of the recently released reboot of the original series, the streamer dropped “The Claudia Kishi Club,” today, July 10. The 16-minute film features artists and writers like Phil Yu, Sarah Kuhn and Yumi Sakugawa as they share their childhood connections with Claudia. At the time of the series’ publication, her character provided a rare opportunity for young people of color to see themselves positively represented in mainstream media. Artistic and confident Claudia defied popular stereotypes of Asian Americans, offering an alternate image of tweenhood for many readers.

“Seeing someone like Claudia who was kind of forging her own path definitely helped me feel more connected to my own identity,” author and illustrator Gale Galligan explains in the documentary. “Just knowing that there’s not one way to be an Asian person; I can just be me and that’s fine.”

Watch the trailer here, then head to Netflix to catch the full short film. 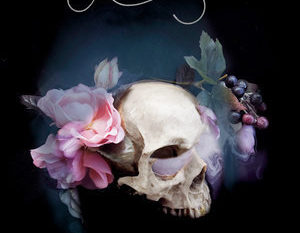 With so many public spaces closed, most of us are spending our summer weekends at home instead of soaking in the sun. Between the indoor lifestyle, a lack of […]