“We all live in our own reality,” says the detective interrogating Swedish translator Lucy Fly (Alicia Vikander). Except Lucy’s reality seems to be little more than a waking nightmare in critically acclaimed director Wash Westmoreland’s “Earthquake Bird,” a psychological thriller based on the award-winning book by English author Susanna Jones, now available on Netflix. The story, set in Tokyo in 1989, details the beginning and fatal destruction of a love triangle between Lucy, photographer Teiji (Naoki Kobayashi) and Lucy’s American friend, Lily Bridges (Riley Keough).

The Ridley Scott production means that this made-for-television movie is meatier than most, and while the plot seems predictable, Westmoreland skillfully directs the viewer’s attention to what’s happening just beneath the surface of his characters, especially Lucy. Saddled with guilt over childhood traumas, Lucy’s bleak life in Tokyo is suddenly turned around when she meets Teiji, who’s rarely seen not photographing her. Their love story is interesting to watch not just because of the immense differences between their cultural makeup, but also because their dialogue switches back and forth between English and Japanese. This might just be another move by Netflix to make foreign audiences feel welcome when browsing their library, but it plays out to some success (more on that later).

The city of Tokyo itself feels like a solid supporting character throughout the film, occasionally quaking ominously as if to indicate the trouble that awaits the movie’s main characters. The key elements of the subways, crowded streets lined with noodle shops and karaoke bars feel true to life, another testament to Westmoreland, who has spent considerable time living in Tokyo. The sound design is another win for “Earthquake Bird,” holding the viewer’s hand through particularly intense scenes, like when Lucy realizes that Teiji and Lily have abandoned her atop a cliff so they can sneak away together. Her emotional distress echoes in the rattling of train tracks and the rain splattering down as the plot thickens.

The chemistry between Lucy and Teiji, on the other hand, is questionable, partly due to flat lines that are jaggedly delivered in English by Kobayashi. Vikander excels in communicating with just her expressions, predominantly detached and melancholic, but when she strays from the comfort of her sadness and breaks into a smile or becomes excited, her performance feels forced. Keough, meanwhile, plays the part of oblivious American outsider to a T, although one might have liked her character to be more fleshed out. Instead, her storyline seems like a caricature of an expat American caught in a prim and proper Asian community, compounded by the fact that Westmoreland doesn’t duly nurture the romance between Lily and Teiji either and blindsides the audience with their illicit affair. Even Lily’s confusion and distress over falling for her best friend’s boyfriend feel clipped and rushed through.

Although the plot follows familiar tropes, the journey it takes in getting through them feels novel. Scenes are brief, switching to different places in the narrative, including Lucy’s childhood, the ongoing murder investigation and the adolescent romance blossoming between Lucy and Teiji, captivating the audience until the very end. Supporting storylines and characters function as accessories to advance Lucy’s stories and to explain her emotional instability, albeit somewhat insufficiently. Nevertheless, “Earthquake Bird” is a must-watch for fans of Asian crossover films. The diverse cast and the world they live in abstain from being pinned down as part of either a Japanese or American movie. Hopefully, Netflix will produce many more such hybrid films with award winning creators in command. 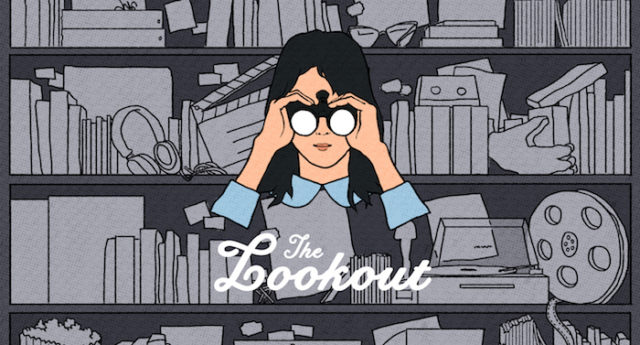 Editor’s note: we’re bringing you the latest scoop on what’s happening in Asian American film, TV, literature and music in our monthly “Lookout” articles. We’re doing the legwork, so […]