With his signature brand of braggadocio, bad boy Mike Lowrey (Will Smith) swaggers into the headquarters of an elite new group of young detectives, known as AMMO. He and Martin Lawrence’s Detective Marcus Burnett survey the weapons being prepped for their latest mission, and are aghast at the sight of… rubber bullets? To add insult to injury, the fresh-faced squad break into dance and begin to sing the signature theme song, “Bad boys, bad boys, what chu’ gonna do,” only to be met with blank glares from Lowrey and Burnett.

The third installment of the “Bad Boy” series, which premiered on Jan. 17, introduces us to a new era, mainly due to the presence of the AMMO detectives who have arrived to support Lowrey and Burnett in bad-assery. The group is rounded out by Vanessa Hudgens, who has long departed from her “High School Musical” days of innocence to become a gun-toting, braided little baddie who’s got that suburban Miami attitude down pat. It’s a great look for her in this film, due to the bad-girl precedent she introduced to the world back in 2013 with “Spring Breakers” (*insert sad Zach Efron GIF here*). The rest of the team shines too, including Incredible Hulk-a-like Alexander Ludwig and “The Sun Is Also A Star” heartthrob Charles Melton. Their wild bunch camaraderie led by Smith’s character is a refreshing sight, especially compared to his previous squads in other cinematic universes.

“Bad Boys For Life” is a sentiment shared by veteran buddies Lowrey and Burnett. Despite the fact that the bad boy lifestyle is a young man’s game, these old dogs still have some tricks up their sleeves as they attempt to exist in the newest generation of good guys and bad guys. On one side, Detective Lowrey is battling the legitimacy of his legacy, while his former partner Burnett has gone into full retirement mode soon after the birth of his granddaughter.

The film has no shortage of genuine laughs, heavily supplied by Lawrence, who shines brighter here than he did in the previous two films. His incredible acting chops might make you wonder where he’s been hiding all these years. He provides the perfect voice of reason to Smith’s reckless character, while still including wonderful nuances to his performance in scenes where his love for his family and his bond with Lowrey are tested.

Those of you who have a hard time with the believability of action movies might not enjoy watching our heroes easily dodge the bullets of multiple gunmen during a downtown car chase, while swerving through a busy intersection and having a conversation at the same time. But with a little suspension of disbelief to help along the way, “Bad Boys for Life” is a rollercoaster ride that never slows down, keeping you on edge throughout every turn. Even the more dialogue-heavy scenes are engaging, due to the wittiness of Lawrence’s punchlines and the sweet father-figure-like performance given by Joe Pantoliano in the role of Captain Howard. The antagonists in this film don’t disappoint, either. A convict mother, Isabel Aretas (played by the bewitching Kate del Castillo), and her assassin son (Jacob Scipio) who helps her escape prison make for a bad boy combo of their own.

Viewing the film at a ScreenX theatre, the world’s first multi-projection immersive cinematic platform, is highly recommended. As you’re plopped comfortably in your theatre seat with your eyes glued to the screen, a car flipping over in mid-air will be on the wall to your right, while a guns-a-blazing Lowrey shoots at bad guys on motorcycles to your left. All this action takes place in lucid slow-motion over the beautiful streets of Miami, engulfing your senses in complete 360 degrees. What more can you ask for in an action film?

Watching Lawrence and Smith’s dynamic play out larger than life at the ScreenX theatre will make you rejoice in the buddy cop formula they’ve mastered in this two-hour film. Somewhere in the midst of the hullabaloo, though, you realize that you’re watching two television titans that our generation has grown up with, just reveling in their element. Whether in action, drama, comedy or just showing off that trademark bravado, they prove once again that some characters really do belong on the big screen, for life. 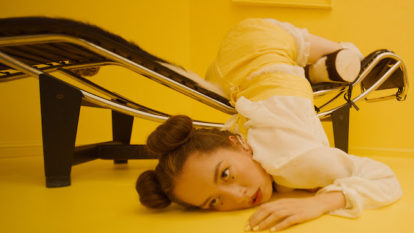