Bruce Springsteen’s swaggering good looks, timeless lyrics and low, throaty vocals have earned him permanent status as a pop culture icon in the U.S. of A. But “Blinded by the Light” takes viewers all the way across the pond to Luton, a British small town that’s barely heard of the Boss, where a Pakistani teen named Javed is coming to the realization that he’s gotta get out while he’s young.

The new release from “Bend It Like Beckham” director Gurinder Chadha is based on a memoir by Springsteen superfan Sarfraz Manzoor, who also contributed to the screenplay. Like Manzoor, Javed (played by Viveik Kalra) is coming of age in Margaret Thatcher-era England, struggling to navigate high school and trying to break free from his parents’ traditional expectations. Though Javed is a talented poet, he keeps his writing hidden from his family’s watchful eyes until one of his friends, Roops (Aaron Phagura), introduces him to the music of New Jersey’s favorite son via a few loaned cassette tapes (it’s the ’80s, after all).

When Javed loads the cassette into his Walkman and hits play, the chords of “Dancing in the Dark” float through his headphones and the lyrics themselves literally pop up and revolve around him. As he flips from song to song, they continue to unfurl across the screen. It’s a gimmick that could jar viewers from the realism of the film thus far, but as the movie goes on and the words of Springsteen splash onto the side of Javed’s house in a thunderstorm, it helps illustrate that these compositions are larger than life. It’s the same way Javed himself hears and feels them, and as he sings along, we can’t help but wish we were dancing beside him in the rain.

Kalra’s performance as Javed is nothing to scoff at. The “Beecham House” actor shines in his debut feature, capturing the emotional turmoil between the expectations of his high school peers and his parents’ conflicting immigrant ideals, while still retaining an air of earnest innocence that leads him to start dressing and styling his hair like his idol. Kulvinder Ghir also delivers a strong portrayal as Javed’s inflexible father, Malik, who would be all too easy to hate were it not for the character’s poignant moments of vulnerability, such as his tearful breakdown in the kitchen while his wife is dying his hair. These rare but powerful scenes connect audiences to a character who, otherwise, seems ridiculously attached to outdated traditions.

Aside from these standout performances, there’s plenty of dead weight on the cast list. While it’s exciting to see the Asian guy get the girl, Javed’s girlfriend Eliza (Nell Williams) is cutesy as the cool, punk chick of Javed’s dreams, but is useless to the overall story (as are most of Javed’s family members). Javed’s supposed best friend Matt, played by “Game of Thrones” actor Dean-Charles Chapman, figures in a few hilarious sequences, but inexplicably vanishes for the majority of the film, only to reappear at the end for a contrived goodbye.

But more troubling than the extraneous characters cluttering the film is a distinct lack of stakes, both for Javed and his circle of family and friends. In the 1980s, an influx of Pakistani immigrants endured often-violent forms of racism and discrimination, so common there was even a catchy name for it: Paki-bashing. But in the movie, serious assaults are reduced to little more than an inconvenience, such as neighbor boys peeing through a mail slot or graffiti spray-painted on a garage door.

Though there are a few moments where the threat of physical violence becomes real, they’re often cheapened. In an early scene in which Roops and Javed are bullied by white supremacists at a restaurant, the two respond by quoting Springsteen lyrics at the thugs (cringe), spitting on them and singing as they run away, with no apparent repercussions. It’s clear by the first third of the film that our suspension of disbelief will be tested, but this particular scene, and several others like it, seems to imply that the power of good music and self-belief can overcome any obstacle. While it’s a nice fantasy, and one that the rest of the movie’s plot struggles to uphold, it’s just too hard to swallow given the real and painful history of the era.

“Blinded by the Light” is an undeniably fun film to watch, and Javed’s loving evocation of Springsteen will call back anybody’s angsty teenage years. (And if you weren’t unhealthily obsessed with a band or a singer in high school, what were you even doing?) But the lack of realistic consequences lessens the impact of the movie’s premise—the welcome escape music can provide from a harsh and unfair world. 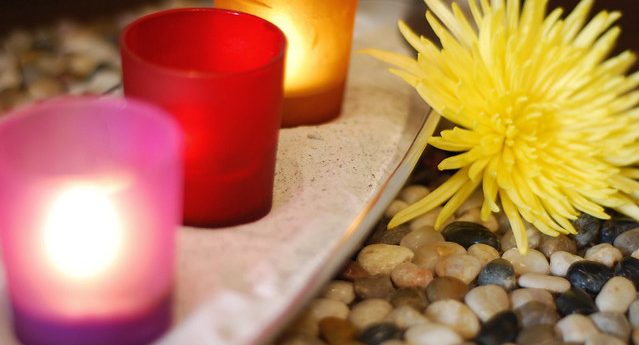 If you’re searching for an excuse to treat yourself then you’re in luck because today is National Relaxation Day. And what better way to spend it than at a […]