The opening scenes of “First Cow” involve a young girl raking her bare hands through a patch of soft dirt. She continues to dig in the same shot; the more she digs, the louder the sound of her hands becomes, and the suspense to see what she has found cuts through the otherwise complete stillness of the shot. As she slowly unearths the back of a bleached-white skull, the camera finally cuts to a different shot, showing two skeletons lying adjacent to each other. From there, the story of the two skeletons and their connection to one another begin to quietly unfold.

Director Kelly Reichardt, known for her powerful, often female-focused films like “Wendy and Lucy” and “Certain Women,” champions the beauty of slow cinema and its power of minimalism in “First Cow,” premiering March 6. The film takes place in early nineteenth-century Oregon, where Cookie Figowitz (John Magaro), a quiet, gentle ex-baker apprentice, forms an unexpected friendship with King Lu (Orion Lee), a well spoken and business-savvy Chinese man who’s running away from a gang of Russians that has chased him to Oregon.

“First Cow” focuses on the struggles of making ends meet, during a time period where both economic transformation and business expansion were occurring at a fast pace. Cookie and Lu partner to form a business that proves a success, but at the dangerous expense of stealing milk from the only cow in the town, a luxury commodity owned by the Chief Factor (Toby Jones). However, Cookie and Lu’s friendship and their journey together is the actual centerpiece of the film. Reichardt masterfully navigates the connection between two human souls, through her style of spare dialogue and frequent use of long takes.

The minimal exchange of words between Lu and Cookie removes potential depth from the film’s characters, but deepens the nature of a connection that need not have romanticized protagonists. Magaro and Lee do a superb job of creating individuals that are different from any stereotypical introspective characters. When Cookie meets Lu at the latter’s house, they don’t exchange words about what they plan on doing next. Instead, the audience is left with a long take that includes copious amounts of visual information to digest. While Cookie walks in and out of the frame tidying up Lu’s home, Lu is seen through a tiny window frame in a corner of the screen chopping wood, and the frame stays there until he’s done. The shot disrupts the audience’s usual expectations of fast cuts in mainstream film, and forces them to appreciate the value of paying attention in a world without all the technology we’ve become accustomed to.

Reichardt’s film is filled by mundane tasks, which are colored with the beauty of simplicity. She compensates for the lack of narrative by enhancing the sensory experiences of sight and hearing, utilizing plenty of diegetic sound throughout. Almost every scene that includes a body of water has some sort of object, be it a ship, paddle, or Lu himself, slicing through its perfect shape of blue-green. The sounds of water splashing makes the audience feel as though they are bathing in an enigmatic message the movie is trying to send, though that message is never fully unveiled by the time the credits roll.

Even from the start when the skeletons first appear, Reichardt never fails to keep the audience pondering about the motives behind her shots. The film doesn’t return to that girl in the forest, but instead reminds the audience to savor the wonder found in performing small tasks, which ultimately build into something as beautiful and tender as a friendship between two unlikely strangers. Although the movie might not be heavy on narrative, it will leave you doing what all slow cinema films do best, contemplating every step of the way. 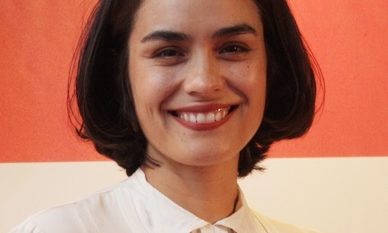 Filipina actress Shannyn Sossamon (“A Knight’s Tale”) will play the lead in the latest Warner Bros. TV and Fox Entertainment drama, “The Cleaning Lady,” adapted from the Argentinian series, […]