In the busiest part of Seoul, South Korea lies a street buzzing with drunk men, who are exploring the abundance of bars that the area has to offer. Sitting on the same road with a perfect view of all the sordid dealings is a gray, cheaply built, four-story officetel. Detailed perspectives of the world around the building come from the voices of the five women it houses, in the riveting slice-of-life tale, “If I Had Your Face.”

In her debut novel, releasing April 21, former CNN reporter Frances Cha tackles topical social issues that women in South Korea struggle to overcome. From overarching beauty standards and cutthroat pressure among social classes to broken family relationships, the novel fleshes out the ramifications of these issues through the narration of its main female protagonists. The storyline spins deftly through four first-person perspectives that slowly fold together. Kyuri is a stunning room salon girl who obtains her beauty through plastic surgery. Miho is an orphan who has become an artist and now has a chaebol boyfriend. Ara is a mute hair stylist who spends her free time obsessing over Taein, a fictional K-pop singer. And Woona is the only married woman out of the four. The fifth protagonist, Sujin, does not get the space to tell her own story, but her experience is instead related through the lenses of her building-mates.

The style of narration and consistency of its rotation leaves readers constantly guessing, never knowing whether the next page will continue the current storyteller’s account or be a key fragment that adds to someone else’s. When one of Ara’s chapters finishes with an ambiguous ending about Sujin’s fate during plastic surgery, it builds a sense of creeping suspense in the reader. However, it’s easy to leave those feelings on hold until Ara’s next chapter, as other prevalent issues, like Kyuri’s social conflict, soon take over the audience’s emotions.

Throughout the novel, Cha creates an easily digestible timeline that bounces freely between past and present. The transitions across time allow the reader to better understand the complexity of each of the main characters and empathize with the fragile feelings behind some of their actions. Woona’s childhood with an abusive grandmother has traumatized her all the way to her marriage. Her inner melancholic dialogue, combined with the reader’s knowledge of her past, helps bring Woona’s somber soul to life and immerse audiences in her personality.

Throughout the novel, Cha paints an achingly clear visual representation of the toll that societal beauty expectations take on women’s mental health. Kyuri’s scramble with her emotions in the world of alcohol, men and beauty show how raw and merciless society can be even to women who obtain the conventional image of beauty. The novel’s addition of Sujin’s persistence to achieve Kyuri’s level of attractiveness begs the question of whether that appearance is even worth it in the end.

But the novel doesn’t exclusively focus on heavy subjects. The most beautiful moments are glimpses of simple, everyday actions, which showcase the resilience of friendship in the face of harsh realities. When Ara, Sujin and Miho bike through their hometown in the cold to visit Ara’s parents, the image of creaking bikes under a cloudless sky, surrounded by trees, topped with Ara and Sujin yelling at Miho to hurry up, creates the contrasting image of a warm friendship amidst the bitterness of the world. The theme of friendship alleviating emotional wounds creates the type of feel-good moments that people tend to forget about in real life, and that the novel reminds readers to cherish.

“If I Had Your Face” doesn’t stray too far from somber topics, and the issues the story presents show how the broad scope of the expectations placed on women can lead to their downfall. But the beauty of the novel’s female gaze will make the reader deeply appreciate how real the protagonists’ unbalanced world is, and how endless pressures can be diminished by unwavering friendship. 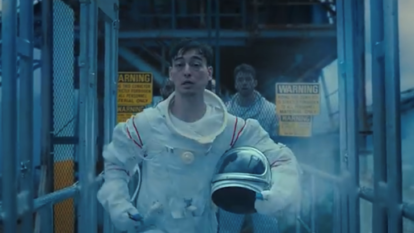 Joji just became the latest artist to bless us with new music during quaran-time. Together with a music video for his new single, “Gimme Love,” George Kusunoki Miller also […]