With thousands of shows vying for our attention, do we really need another adult animated TV show? Well, actually, yes.

From the creators of the award-winning Netflix series “BoJack Horseman” comes “Tuca and Bertie,” a show about two birds trying to figure out the whole life thing. Unlike “BoJack,” this program (also on Netflix) is less about alcoholism and existential dread and more about tackling personal growth and dealing with the most terrible and awkward rites of adulthood, with a friend.

Bertie (Ali Wong), a plain-looking, daydreaming song thrush, and Tuca (Tiffany Haddish), a loud-mouthed toucan, are best friends. The two 30-something avian women were roommates, but when Bertie got a boyfriend, Speckle (Steven Yeun), Tuca was forced to pack her things and move out. But not too far. Tuca set up shop in the flat above the two love birds.

They all live in Bird Town, a municipality populated by boob-bearing buildings, slug subways and sentient plants who have an affinity for chakra-healing crystals. With its fun and funky color palette, the animation of “Tuca and Bertie” is amusing and fresh. Like in “Bojack,” viewers will have fun finding Easter eggs in the scenes’ backgrounds.

Haddish and Wong form a powerful duo. There are no doubts regarding Haddish’s comedic cred, but it’s refreshing to see Wong, better known for her fiery standup specials poking fun at womanhood and pregnancy, playing a character who is flighty and anxious—the polar opposite of her swaggering stage presence. Plus, Yeun, who rose to fame on the zombie apocalypse show “The Walking Dead,” is a surprising comedy natural and does well as the rationally minded straight man. But, don’t get it twisted. Speckle has his moments and sometimes dissolves into the same level of ridiculousness as Tuca and Bertie, e.g. his hilarious tastes in pornography.

Each episode revolves around a personal conflict, be it the perils of mooching off a wealthy aunt, STDs (“SEX BUGS, SEX BUGS!”), obsessing over a secret crush or anxiously asking for a promotion at work. The show ventures into darker territory as well. When Tuca and Bertie take an impromptu trip to the Jelly Lakes, Bertie is reminded of when she was sexually assaulted as a child and confronts how the traumatic event still affects her relationships. With the help of a lake-dwelling lesbian couple and her best friend, Bertie begins the steps to overcoming her past and comes to the realization that “broken things can become beautiful with a little patience.”

Though the comparisons to “BoJack Horseman” are inevitable, “Tuca and Bertie” has created a comedic world that can stand up in its own right. With “BoJack”’s reputation as one of Netflix’s best original series, it seems likely that “Tuca and Bertie” will also find a home with an adoring audience, albeit a more feminine one. That’s not to say that the show won’t appeal to a broad demographic. With themes centered around friendship and healing, “Tuca and Bertie” makes the argument that (as the Dickinson poem goes) “‘Hope’ is the thing with feathers.” 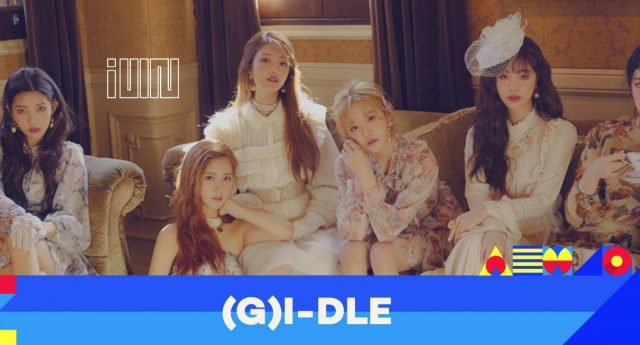 In the “city that never sleeps,” you’ll probably want to rest up for all the dancing you’ll be doing this June. For the first time ever, KCON USA is […]