Fire engines scream through a quiet suburban night up to a blazing mansion, as an exhausted, tear-stained woman looks on. This is viewers’ first glimpse of what Hulu’s upcoming mini-series “Little Fires Everywhere” has in store for audiences who are patient enough to unravel the mystery behind the blaze. Starring Reese Witherspoon (as the aforementioned bereft woman) and Kerry Washington, the series adapts Celeste Ng’s second novel of the same title, and is slated to premiere on March 18.

Both works center on the residents of a suburban small town, including its two newest additions: single mother Mia Warren (Washington) and her daughter Pearl (Lexi Underwood). As more of the underlying plot is revealed, the interest of the viewer is piqued by enigmatic flashbacks and hefty doses of foreshadowing. Harvard graduate Ng placed the story in her own hometown of Shaker Heights, Ohio and drew heavily on her roots to write both the critically acclaimed novel and the show itself. While the book is firmly entrenched in the late ‘90s, Hulu’s series appears to be only suggestive of the time period, with sporadic musical and technological references peppered throughout.

Mia, a talented artist who works odd jobs to support her and her daughter, presents a far less conventional version of motherhood than Elena Richardson (Witherspoon), a meticulous, white mother of four. The show often relies on the sharp contrast between these two families to make a not-so-subtle commentary on the inherent power imbalances of American social structures. Though the series toes the line between preachy and sincere, it does tackle several similarly complex topics like surrogacy, adoption and immigration policy.

However, that approach is impeded by the series’ scattered tone. It’s difficult to pinpoint just who the show’s target audience is, as storylines bounce between “Degrassi”-esque drama between bratty teenagers and complex subplots, like when Mia tries to help an Asian American mother (played by Chinese actress Lu Huang) regain custody of her lost baby. Perhaps “Little Fires” is trying to appeal to a wide variety of viewers, but in doing so, only succeeds in alienating audiences from either demographic for a good portion of each hour-long episode.

Washington, sporting a brow rarely unfurrowed, delivers each line with her trademark grace and deliberateness, while Witherspoon provides a regular sparring partner. In contrast to the renegade Mia, Elena is often portrayed as a stereotype of the well-intentioned, middle class white lady who’s ill-equipped to deal with the complexities of life outside her formularized, homogenous ecosystem. As the storyline develops, Witherspoon manages to deftly add fine dimensions to that initially flat stereotype. But watching the two performances, pickier audiences might be bothered by the inconsistency of the pair’s dialogue: at times predictable and hackneyed, poignant and perceptive at others.

While “Little Fires Everywhere” isn’t starting an entirely new script, it is contributing something interesting and fresh to the conversation by taking on more obscure debates, like interracial adoption. The show heavily features the theme of motherhood in its main storyline and subplots, exploring the topic with the dimensions and nuance it requires. Given the critical acclaim that Ng’s novel has garnered, it’s not difficult to see the pressure this adaptation is facing, but the series might need some time to become more polished and consistent before it can reach its full potential. 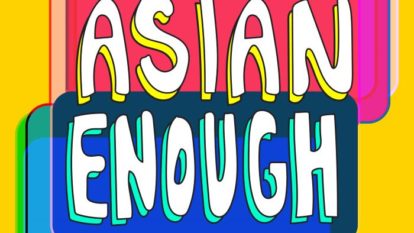 Looking for something to listen to while working on your social distancing? The “Los Angeles Times” has got you covered. Today, March 17, the publication launched “Asian Enough,” a […]