Ocean Vuong’s debut novel is a book that wants to be a poem. Or maybe it’s a poem that wants to be a novel. Alternating between prose and poetry, narrator Little Dog writes a letter to his illiterate mother Rose, attempting to explain his choices and where they’ve taken him—from helping Rose clean up a nail salon to giving speeches to Vietnam vets at writing conferences.

Vuong, whose writing has been published in a laundry list of prestigious publications, including the “New Yorker” and the “Atlantic,” first got the world’s attention as a poet. He’s won the Pushcart and T.S. Eliot prizes, and his first collection, “Night Sky with Exit Wounds,” was released to popular and critical acclaim in 2016. Vuong’s first novel reads like an extension of one of his best-known poems—which has the same name—published in “Poetry Magazine” in 2014. Both versions of “On Earth We’re Briefly Gorgeous” explore issues of race, sexuality and family, but the novel expands on those themes through the eyes of a first-generation Vietnamese refugee who lives in the economically depressed city of Hartford, Connecticut. Little Dog’s clear narrative voice leads us through times of tranquility and of unimaginable pain, with the same linguistic grace and frankness that readers have come to expect from Vuong’s writing.

Like in many of his poems, Vuong adopts a fragmented narrative style that leaves it up to readers to piece together Rose’s character from Little Dog’s disparate memories of his childhood. Punctuated throughout by the words “Dear Ma,” the letter shifts between reflections on his mother, musings on pop culture icons like Tiger Woods (who, like Rose, is “a direct product of the war in Vietnam”) and Little Dog’s first love, Trevor.

Still, the central character here is Rose. At times, she’s loving and warm; Little Dog recounts shopping sprees at Goodwill and Rose painstakingly repainting his damaged bike with nail polish. But, at other times she’s shockingly violent. His mom is a habitual but unpredictable abuser. She will slap him across the mouth, break a ceramic teapot over his face for no discernible reason, and once locked him in the basement of their house after he wet the bed.

It’s implied that, like her own schizophrenic mother, Rose suffers from a deep-seated disorder, one that occasionally submerges her in delusions and leaves her son reeling both emotionally and physically. The splintered structure of the novel seems to mirror Rose’s fragile mental state, a trait that soon becomes apparent has been passed onto Little Dog. As an adult, he swallows his medication as he muses on “American sadness,” wondering how much of his past is truth or fiction invented by his brain. Their loving but fraught mother-son relationship raises questions of just how much of our sense of self is inherited from our parents.

When Trevor walks into Little Dog’s life, readers might forget that the novel is supposed to be a letter to Little Dog’s mother. Trevor’s presence gives readers a second, more grounded character to focus on as we patch together the piecemeal story that Little Dog unfurls. Rose lacks the introspection and groundedness of Trevor, a conflicted character who struggles to reconcile his hypermasculinity and American-ness with his love for a Vietnamese refugee boy. Trevor burns through the pages so intensely that readers can’t help but also develop a soft spot for him, from his penchant for Jolly Ranchers candies to his self-destructive tendencies.

It’s in his reflections on Little Dog’s first love that Vuong switches from standard prose to a more poetic, line-by-line analysis of a tender relationship, and its subsequent breakdown: “Trevor I like sunflowers best. They go so high. Trevor with the scar like a comma on his neck, syntax of what next what next what next.” Like Vuong’s signature poetic style, some “stanzas” are just a word or two long, while others are full paragraphs. The change in form is unexpected, but not jarring. The new style enables Little Dog to knit together an array of topics, from Oxycontin’s manufacturing history to the national anthem, into a complete story, like he’s suturing a wound.

At times the prose of “On Earth” tends toward the overly ruminant, and Little Dog’s dense philosophizing can detract from the momentum and tension of the story itself. But it’s Vuong’s command of language, and his ability to make the mundane and even profane divine, that elevate this book to a true work of art.

Though the novel is as brief as the title implies, it encompasses a stunning range of years, moments and emotions that extend beyond the pages, spilling into crises like prescription drug addiction and the 2016 Orlando Pulse nightclub shooting. Despite the real and fictionalized tragedies that fill the book, “On Earth We’re Briefly Gorgeous” is far from bleak. Instead, Vuong proposes new ways to thrive after trauma, and to find moments of laughter in the face of adversity. 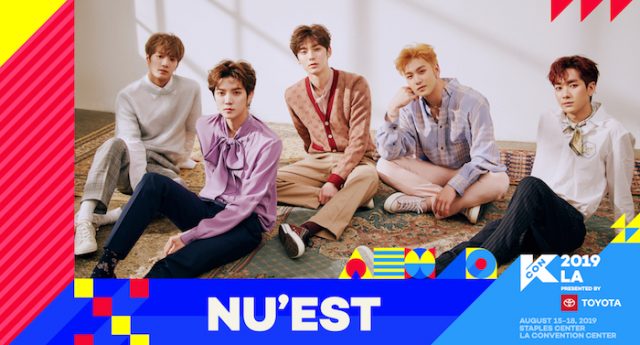 Even if you’re not a die hard K-pop fan, chances are that you’ve already heard buzz about the upcoming KCON L.A. 2019. From August 15-18, the Staples Center will […]