An unemployed family of four squats in their cramped basement home, munching on crackers and beer, when a drunken man stumbles upon their home at the end of a dark alleyway, yelling unintelligibly, and urinates on their dirty window panes. Tired of what seems to be a frequent occurrence, the family emerges from the dim below, tossing buckets of water at the trespasser as they yell and cheer each other on.

It’s this tight-knit, tag-team family dynamic that drives Bong Joon-ho’s latest film, “Parasite.” After receiving international acclaim with “Snowpiercer”(2013) and “Okja” (2017), “Parasite” marks the director’s return to Korean language films. The winner of the Palme d’Or at the 2019 Cannes Film Festival, “Parasite” is a tragicomedy that keeps the audience entertained with humor and suspense, but is also laced heavily with social commentary on human survival. Its combination of humor and reality tricks the viewer into feeling safe one moment, only to be shocked when the film takes a violently dark turn the next.

The film examines two families who are polar opposites: the Kim family is unemployed, secretive and sly, the Parks are rich, trusting and kind. While the Kims are doing everything they can to survive, the Parks live in luxury. The sad reality of the contrast between the families’ lives casts a melancholy shadow on the film, which starts off with a premonition of money and fortune for the Kims, that quickly turns into a mountain of secrets and lies.

But despite its dark and serious overtones, the film still entertains with its character-driven plot. “Parasite”’s strong cast are the film’s greatest strength, and behind each character is a complicated personality. Mr. Kim, played by veteran actor Song Kang-ho, uses impassive expressions to hide a plethora of emotions, which only come to light at the movie’s violent end. The “simple” Mrs. Park’s (Cho Yeo-jeong) overdramatic reactions reveal the pressure the family matriarch bears to hide the troubles beneath her flawless facade, and even the Parks’ daughter, Da-Hye (Jung Ziso), who seems to be just a lovestruck teen, wordlessly conveys that she knows more than she lets on with her somber, wide-eyed stare.

As the film moves between the grungy basement home and the Parks’ open, all-glass villa, it’s hard not to feel sorry for the Kims. Viewers can’t help but cheer at their cheap successes, even if those come at the expense of others. In the end, you do want them to make it, even though it’s obvious that their lies and deceit will catch up to them sooner or later. But at the same time, you find yourself pitying the Parks, who just expect the Kims to perform the jobs they’re getting paid to do. This tension pulls on the audience throughout the film, and leaves you never quite sure who you’re rooting for.

Although “Parasite” is set in Korea, the basic divisions of class and competition for survival transcend culture and region. The movie ends on a chilling note that’s sure to make the audience wonder not just how everything could have gone so wrong for both of the families, but if it was even possible for anyone to succeed in the first place. While it may not be the best choice for faint-hearted viewers, “Parasite” is a must-watch for its thought-provoking and captivating drama. 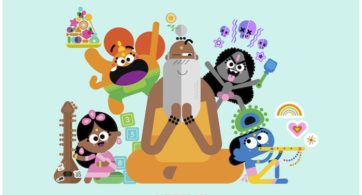 The ancient legends of Hindu gods and goddesses are coming to a television screen near you—just not how you might expect.  In a bid to expand international audiences, Netflix […]