East Brunswick All Girls Choir is not a choir. They’re not all girls. And they’re not from East Brunswick. But they are a four-person rock outfit based in Melbourne that caught KORE’s attention because of the presence of their Yokohama, Japan-born bassist Rie Nakayama, who also plays the organ, piano and Mellotron on “Teddywaddy,” their second full-length album. They’ve released a handful of singles also through Milk! Records, which is home to the much-revered indie rocker Courtney Barnett, which certainly lends the band a great deal of credibility and high expectations.

Both the band’s name and the album title evoke the great Antipodean continental nation of Australia, the scrubby, arid land of the band’s origin. But unlike indie rock compatriots Empire of the Sun and Tame Impala, who specialize in melodious psych rock, EBGAC have a more noise ethos. This is perhaps to better reflect the aesthetic of the lead singer, the scruffy-haired Marcus Hobbs, who grew up not far from Teddywaddy, a place the bio calls “a slumbering patch of country just off the Calder Highway in northwest Victoria.” I’ve never been, so I’ll take their word for it.

It sounds exactly like the sort of desolate place where this album would have been recorded — better to capture Hobbs’ sublimely tortured howl of a voice. Sometimes, he sounds so pretty and almost womanly, he reminds me of Freddie Mercury’s “Bohemian Rhapsody.” At other times, his voice transmogrifies into a cathartic primal scream, filled with disappointment, sorrow and rage.

The album begins with a sense of unease as a tremulous violin and the slow strumming of a guitar set the deliberate pace. In fact, the tempo throughout the album is often maddeningly slow. Nakayama’s synth work sets off “Never Never” with the creepy tickling of the ivories. But instead of exploding into wailing and rage, the song launches gently enough into a mellifluous sway, as Hobbs sings about the drying of peppercorns, a plant that grows in Teddywaddy.

“Steeple People” trembles with the vibrations of a cello growing ever more strident. It fades away as the slow strumming of an electric guitar comes into focus. Although Hobbs confesses: “I’m fresh out of ideas,” the unusual stop-start and skeletal structure suggest otherwise. “You gotta keep on trying,” he says to himself.

Also pleasingly accessible is the dusty slow dance of a song, “Leave the City.” Hobbs’ vocal contrails soar and descend into a dissonant noise interlude. A wall of fuzzy guitars and feedback distortion lead you right into the next song, “Essendon 1986,” for which they shot a video (with Barnett playing a bartender listlessly polishing glasses as a special cameo).

The music video, which takes place in an eerie dance hall, is visually appropriate, because their music has a kind of rural, “Twin Peaks,” country/rock vibe, the kind of music that comes on the jukebox when the last call has been called, and you’re looking for anyone to slow dance with.

The guitars on “Essendon 1986” sound like they’re piped through an old landline. The kick drum drops into a throbbing mid-tempo New Wave rhythm, like something from Midnight Oil or Siouxsie and the Banshees. And then that androgynous voice of the lead singer leads into classic punk dissonance.

East Brunswick All Girls’ Choir’s sophomore effort is a work of art deeply rooted in its terroir, from the catharsis of wide open skies to the haunting solitude of uncharted dirt. 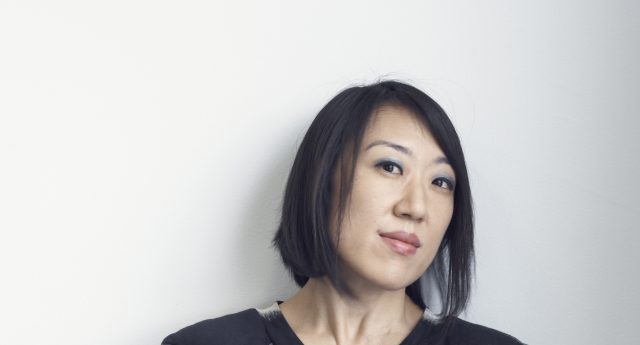