Byeongsu Kim’s first kill was personal. From a pillow, smooth, round rice grains spilled out onto the floor as his father’s last breath escaped his lips. With his limbs held down by his wife and daughter, Kim’s father never saw death coming. Kim’s only regret was that he hadn’t killed his father alone.

Composed of four separate short stories with deeply intertwined themes, “Diary of a Murderer and Other Stories” is a collection of four short stories made for a modern audience. World-renowned author Young-Ha Kim constructs a raw narrative that exposes the narcissistic and selfish tendencies of humankind with characters that straddle the line between good and evil.

Initially published as a stand-alone novella in South Korea, the short story “Diary of a Murderer” delves into the darkest realms of human existence through its disjointed first-person narration. The collection’s eponymous tale is told through the aging eyes of Kim, a man whose memory often fails him, but whose conviction to protect his daughter grows stronger each day—even if that means returning to the life of murder he left behind. Between lapses in memory caused by his worsening Alzheimers, Kim fills his days with Buddhist sutras, Nietzsche’s philosophy and thoughts about his daughter Euhui and a mysterious Detective Ahn. As his most recent memories slip away from him, his old memories reemerge, haunting his lonely existence. Though he records his life on a tape recorder, he can’t recall the words he hears as his own, and Eunhui’s presence is a constant reminder of his failures as a father and protector.

But as readers, we can’t be sure if Kim’s recollections, or even written diary entries, can be trusted. He is a murderer, after all. As Kim pulls name after name from his memories, he’s unable to connect his actions to faces. His ability to maintain his composure and feign innocence is shocking. “Diary”’s ending will leave readers longing for justice, whatever that may be.

The second short story in the anthology, “The Origin of Life,” could be called a twisted love story, but to do that wouldn’t do justice to its themes of risk and reward. Seojin and Ina are friends whose lives drift apart after childhood then collide in a spectacular fashion 20 years later. Although “Origin” is told in the third person, its narration is peppered with opinions held by its main characters. What is genuine? What is an excuse? “Origin” keeps readers theorizing about its main characters motives: Both harbor conflicted feelings for each other, but both have loyalties that lie in murky territory.

Taking the anthology down a different path, “Missing Child” follows a family torn apart by time and brought back together through tragedy. After being whisked away from Seoul more than a decade before the main plotline, the titular missing child, Seongmin, reappears in Daegu. Distrust festers within the family as they try to rebuild a familial love that never had the chance to flourish. “Missing Child” focuses on Yunseok, Seongmin’s father, and readers are compelled to sympathize with the man whose son was taken from him, then returned a different person.

“Diary” closes with “The Writer.” Split into seven parts, its narrative follows a man who has an  unrelenting determination to finish the next great novel. Its opening scene begins with a man in a mental hospital who is convinced he is a cob of corn. From there the first person narration continues in a frantic manner, jumping from event to event, one unconventional relationship after another that mimics the fractured mental state of the short story’s antihero.

The seventh of Kim’s translated English works, “Diary of a Murderer and Other Stories” is a strong addition to the prolific writer’s body of work. With Kim’s gripping writing and morally ambiguous characters, “The Diary of a Murderer” will lead readers down a dark road of self-reflection and morbid fascination with the very kinds of characters we fear—the kinds that are reflections of our worst selves. 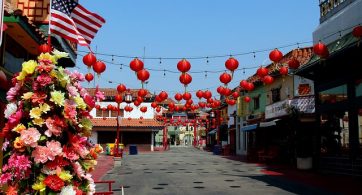 Summer is coming… and that means night markets! Featuring food, live entertainment and shopping, night markets are like street fairs on steroids in the dark. Originally from Asia, these […]