Under the cover of night, a caped crusader breaks into a building to save the world from black-and-white monotony—and that’s not a metaphor. The animated music video for Yuna’s “Pink Youth” (ft. Little Simz) follows Yuna as a flying vigilante, fighting bulky robots in a bid to restore color to the universe, while her vocals on the track soar just as high as her character.

It’s just one of the many fun, bright songs that compose “Rouge,” the latest studio album from Yuna. Raised in Kuala Lumpur, she became an international star in 2012 after dropping the single “Live Your Life” on her debut, self-titled EP. “Rouge” is Yuna’s first full-length album release since her immensely popular “Chapters” in 2016.

Her new music, occupying a space between bright, syrupy pop and chill lounge music, is worth the wait. Yuna’s breathy vocals are on full display, as she croons about finding and losing love (but more often losing) over rippling synths that occasionally slide into disco or jazz territory. That’s not to say it’s all synth, though—Japanese rockstar Miyavi strums guitar chords on “Teenage Heartbreak,” while the soft notes of a saxophone accent the slow-but-still-snappy “Amy” (ft. Masego).

Despite the heartbreak described in most of the songs, Yuna delivers her lyrics not in emotionally torn strains, but in her trademark quiet, nonchalant style that underscores her incredible tonal range. Though raw emotion does sometimes creep into her voice, her casual singing seems to imply that, no matter how bad her exes have done her in the past, she’s already moving on.

Throughout the album, rappers like G-Eazy and Tyler, The Creator provide opposing perspectives that push back against the stories presented in Yuna’s lyrics. In the disco-esque “Blank Marquee,” responding to an accusatory chorus that asks, “Who are you without me?” G-Eazy raps, “Who am I without you?/ I said, I’m the same-ass dude,” later adding “You were right beside me/ Next day try to criticize me, used to love me now you despise me.” The clashing stories create a dialogue and conversation that initially feels fresh and unusual for the genre, but as the gimmick occurs in a few songs it becomes stale and repetitive, rather than offering anything new to the album.

Not every song focuses on relationship drama, though. “Pink Youth,” a sparkling ode to girl power, is another stand-out track featuring a guest artist. Little Simz’s gravelly voice and straightforward lyrics help ground the song, contrasting with Yuna’s ethereal high notes and more conceptual lines about the strength of femininity. On “Likes,” featuring Californian rapper KYLE, Yuna denounces the evils of social media and imitates her haters in a bright, but robotic voice: “Let me leave another comment out of spite/ Let’s hope I get more likes.” It’s a nonchalant, cheerful middle finger to all the naysayers that have plagued Yuna’s rise to fame.

But overall, the album strays toward the superficial and away from hard-hitting topics, a decision that, according to Yuna, is very intentional. In an interview with entertainment site “Uproxx,” the artist says that because she’s such a visible, Muslim woman of color, producers often encourage her to write songs about timely subjects like #MeToo. But for Yuna, this isn’t the moment. “Don’t tell me what to write,” she says. “Just wait for that to happen naturally.”

The album’s overall sentiments of heartbreak and ex drama might become grating, were it not for the fact that each track has such a fresh sound. It’s an impressive feat for any artist to achieve, and it also sets the stage for endless future possibilities for Yuna and her music. And as the singer makes clear, there’s nobody who can hold her down. 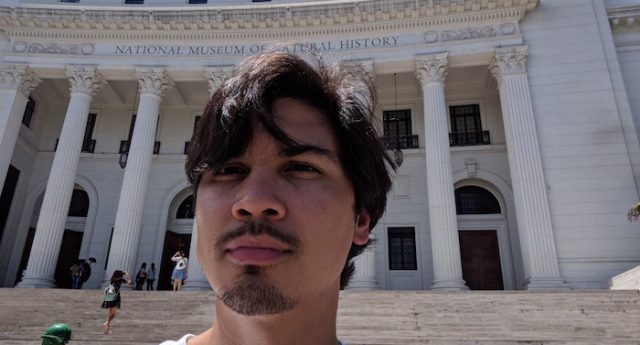 It’s 4:30 a.m. when Randy Ribay wakes up. He walks his two “mystery breed” dogs, the mischievous Loki and the pointy-eared Arwen. Once his four-legged friends get their morning […]