Yesterday, the world lost a great actor, comedian, friend and father. You probably know him as Robin Williams, the actor who made you topple over with laughter as Genie in the classic Disney hit-film Aladdin, and who challenged you to find your own voice as John Keating in Dead Poets Society. Williams will be dearly missed by all.

What you probably didn’t know was that William’s second marriage was to Filipino American Marsha Garces. The two initially met when Garces became the nanny to William’s son Zachary, from his first marriage. Garces later became a producer and worked with William in four of his movies, including Mrs. Doubtfire as well as Jakob the Liar. During their marriage of 19 years, Garces and Williams had two children, Zelda and Cody, before divorcing in 2010.

Zelda Rae Williams, now a successful actress herself, posted an emotional and heartbreaking message in her father’s honor on Twitter yesterday:

Clearly, the duo had an extremely close relationship. In fact, Williams’ last Instagram post from just two weeks ago was a throwback picture with young Zelda. His heartwarming caption reminded all of us that Zelda would always be his baby girl.

Even more moving is this video from 2011 where Williams and Zelda explain the origin of her name. It is clear that this loving father will be missed.

*Editor’s note: “Half Filipina” was corrected to read “biracial.” 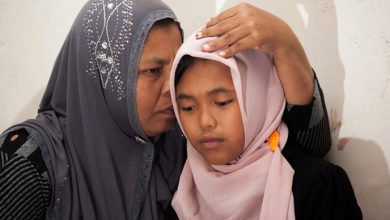 In December 26, 2004, thousands of lives were lost in the Indian Ocean Tsunami. As one of the deadliest natural disasters ever recorded in history, the tsunami’s powerful […]