Chef Roy Choi isn’t a stranger to media. Social media played a huge role in establishing his Kogi truck empire, and earlier this year, he worked with director Jon Favreau on the indie film Chef. He also wrote for KoreAm a number of years ago and recently released his own memoir.

It isn’t any surprise, then, to hear that Choi is now hitting TV.

Choi and Favreau have been teasing snippets of his new show on CNN called Street Food, according to Eater.com. CNN confirmed that Choi was on board, but they’re being pretty tight-lipped about the whole thing. Favreau’s involvement is also unclear—Eater.com speculates if the show will be a tasting tour of street food, or if it will be a cooking show featuring Choi, or both.

The past few tweets are just a little keyhole glimpse into the show. Can’t wait to share it with you & spread the love. #CNN #StreetFood

Papi x CNN #StreetFood y’all ain’t ready. But you will be. 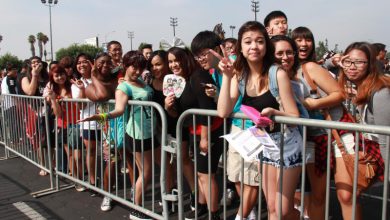 by JAMES S. KIM There is no question as to where Hallyu fans stand among the other fandoms of the world. The line that snaked its way around the […]