Yesterday, we showed you what happens when an artist re-imagines some of the most beloved Disney characters in the opposite gender. Today, we have yet another artist blowing us away with creativity.

An artist known as Jei Shepard caught our attention for this impressive artwork. Not much is known about this artist. In fact, all we know is a list of interests on Jei Shepard’s tumblr which include Iron Man, Avengers, X-Men, Batman, Supergirl, Mass Effect, Sailor Moon, Dragonball Z, Final Fantasy, BBC Sherlock, Grimm and Agents of SHIELD.

Luckily for us, Jei Shepard decided to take two of those interests for a crossover: Sailor Moon and the Avengers. The result is better than anyone could have expected.

Even though these girls aren’t actually Marvel superheros, they certainly look good in the outfits. Check it out below and be sure to support Jei Shepard’s art here. 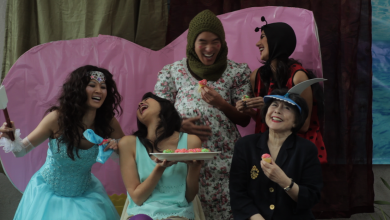 Story by Rachel Chen.  Missed the Nice Girls?  Be sure to tune in because the The Nice Girls Crew will be back on April 28th and this second season promises […]