Friends of Ju Hong, a political science major at U.C. Berkeley who has been very vocal about his undocumented status, were worried that the arrest would lead to his deportation, but Immigration and Customs Enforcement agents did not file detainers against Hong nor any of the six other undocumented students who were also arrested after a rally at San Bernardino Valley College, the Mercury News said.

The youth had traveled to the college from across the state to call attention to what they called the “danger of continued police cooperation with immigration authorities through such programs a Secure Communities.” Under the federal program, anyone arrested and booked in a county jail will have their fingerprints sent to a federal database monitored by ICE agents.

“As undocumented youth, we need to stand up and fight back,” said Hong in a statement released prior to the rally. “Change will not come unless we allow our voices to be heard. We are risking our livelihood because we want to empower other undocumented youth and bring our communities out of the shadows.”

San Bernardino Valley College officials told the Mercury News that Tuesday’s rally went smoothly until the protesters left the campus and disrupted traffic on a thoroughfare adjacent to the college. The seven students were charged with unlawful assembly and failure to disperse, according to the newspaper. 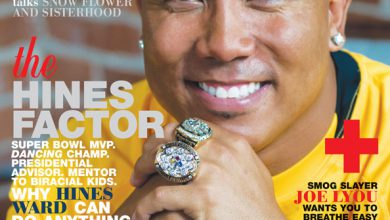 By Saturday afternoon, many of us had heard the news about football star Hines Ward getting arrested in DeKalb County, Georgia, for driving under the influence. For followers of […]