The lone fatality in the Seattle Pacific University shooting has been identified as Paul Lee, a 19-year-old Korean American student, according to the Seattle Times. Seattle Mayor Ed Murray confirmed the news this afternoon at a press conference.

Murray said Lee, a freshman at the university, had a “bright future ahead of him.”

Lee was pronounced dead at Harborview Medical Center, following Thursday’s campus shooting, which also wounded two other students. Sarah Williams, 19, was upgraded from critical to stable condition on Friday, according to King5 News. She sustained wounds to her abdomen and was recovering from surgery in the Intensive Care Unit. The news station also reported that the other injured student, 24-year-old Thomas Fowler, who suffered pellet fragments to his neck, chin and side of his upper extremities, was released from the hospital Friday night.

Authorities said that Aaron Ybarra, 26, entered the foyer at Otto Miller Hall, a science and engineering building, at about 3:30 p.m. on Thursday and began shooting. When he stopped to reload his weapon, a student building monitor, Jon Meis, pepper-sprayed him. Meis and other students managed to subdue Ybarra until police arrived.

Ybarra, who police said is not a student at Seattle Pacific, was arrested and booked at King County Jail for investigation of homicide, and earlier today, appeared in court, where a judge ordered him held him without bail, local news reported.

Paul Lee’s brother, Albert Lee, posted a message on Facebook, communicating his family’s deep pain, as well as gratitude for all the support people in the community have show them. “At this moment all we can ask is to continue to remember Paul and all that he has left behind for us,” Albert Lee wrote. “Thank you all for blanketing us with your kind words, we will thank you all individually in due time.”

Albert also addressed his brother, “Paul, you handsome shekki, we miss you and love you more than you know. Keep dancin’ in heaven.” Koreans often use the term shekki, the equivalent of “little sh-t,” as a term of affection.

Paul Lee graduated from Westview High School in Portland in 2013. KATU.com quoted his former Japanese instructor, Brian Bangerter, as saying that Lee was a “ray of light in my classroom for three years. It was impossible be around him and not feel happy. He made class fun for everyone. His laugh and smile were both contagious. Everyone who knew him felt close to him. He will always be remembered for his infectious positive attitude. I know I will never forget him.”

Others who knew Lee took to social media to express their feelings for their lost friend.

“I can’t even believe you’re gone,” wrote Sarrah Rasmussen on Instagram, as reported by KING5 News. “Ante up, math class, and just seeing you around campus and dancing with you brightened my life immeasurably. I am blessed and honored to have known you. You will live on through all of us and I expect you to teach us your dance from heaven at 6pm tonight.”

Eugene Cho, a pastor at Quest Church in Seattle, wrote on his blog that he only met Lee once and remembered his “wide grin.”

“I don’t really know much about him, but his friends speak the world about him. They speak of his humor, smiles, energy, and his faith in Christ,” said Cho. “I wish I had a longer conversation with him.”

(This story was updated at 11:30 p.m. Friday to reflect the latest conditions of the two surviving victims.) 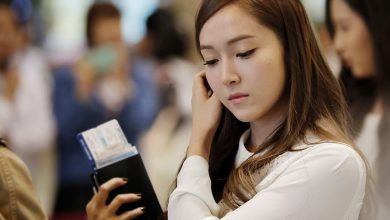 Girl’s Generation singer Jessica is definitely known for her music, but she is also known for her style. When traveling, we want to be comfortable and cute. It’s hard […]