According to the official website, the SONGZIO philosophy is as follows:

“SONGZIO exemplifies Zio Song’s design identity: Aspiration. Aspiration is what represents SONGZIO’s ambition. Every single piece of clothing is a visualization of his inspiration. His work symbolizes the odyssey of a young master, referred to in Korean as ë„ë ¹ (Doryung), who achieves his progressive ideals through his elegant yet fearless journey. The protagonist of the brand is the young master who is an elegant poet, a painter, an artist, whose oriental elegance SONGZIO interprets through it modern eyes.”

His show also attracted attention when South Korean actor Cha Seung-won who was originally an in-demand fashion model before turning into a successful actor. It looks like his attention is back on the runway. Cha Seung-won took charge of the collection’s opening wearing a chic, all-black suit that was followed by other monochromatic designs with coral red and toned-down blue hues. The entire collection maintained unity under restricted colours.

Let’s take a look at some of his top designs.

And the designer himself. 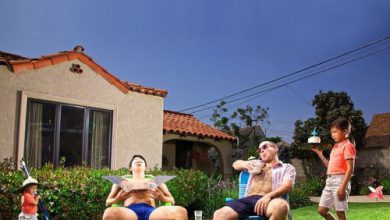 by REERA YOO Earlier this month, Los Angeles-based production company Bad Daddy Films headed into production for their scripted comedy web series, We Are Fathers, after wrapping up their successful Kickstarter campaign.   […]