Earlier this month, Los Angeles-based production company Bad Daddy Films headed into production for their scripted comedy web series, We Are Fathers, after wrapping up their successful Kickstarter campaign.

Featuring a multiethnic ensemble cast, We Are Fathers is an honest and humorous take on the challenges of being a father and features a unique perspective on modern fatherhood.

The series is inspired by the real life struggles of Korean American co-creator Jin Namkung, who also stars in the show as a fictionalized version of himself — a newly divorced father in his late twenties raising a four-year-old son. In the show, Jin struggles to accept his ex-wife’s new partner as he fumbles his way through fatherhood with the help of his friend Ari, who has an adopted Asian daughter.

While the two fathers’ parenting methods are unconventional and sometimes questionable in this dark comedy, the love for their children is genuine, and their imperfections resonate with audience members who have experienced similar parenting challenges.

Perhaps it’s due to this resonance that the series’ Kickstarter campaign reached its goal of 18K within its first two weeks. As the show moves into post-production, Bad Daddy Films plans to simultaneously release all the episodes this upcoming holiday season.

The producers of We Are Fathers. (Photo courtesy of Eric Curtis)

We Are Fathers is written and directed by Jerry Ying (Friends with Benefits) and produced by Anastasia Griffith (Once Upon a Time), Daniel Brothers, Jay Thames and Korean American actor David Lee McInnis (Mortal Kombat).

To learn more about the series, visit its Kickstarter and Facebook pages. 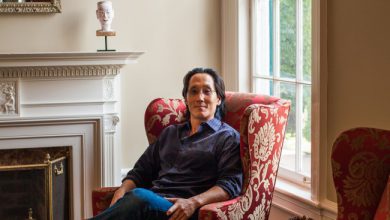 story by CHARSE YUN photographs by MIKE LEE IN 2009, PHILIP ROTH pronounced the death of the novel. “I give it 25 years,” Roth said. When asked if he’d […]