Put Your Hands in the Air

—for Paul “PK” Kim, co-host of the new TV show Beats Per Mnet, which showcases all people and things Asian American

PAUL KIM HAD A PROBLEM. He had no idea what to do with his hands.

That may sound odd for someone like Kim, better known as PK, who has spent much of the past decade performing on stage—whether delivering his stand-up routine at Los Angeles’ Laugh Factory, emceeing weddings on the weekends or hosting the Asian American talent show known as Kollaboration, which he founded.

How could he possibly have a problem with his phalanges?

“It’s not a natural thing to be looking straight into a camera,” explains PK, who recently made his television debut as the co-host of Beats Per Mnet. “It’s really awkward. You don’t know what to do with your hands.”

Beats Per Mnet, or BPM for short, is the flagship show of Mnet, billed as the only English-language television network to target Americans interested in Asian culture. The new network also marks the entry of South Korea-based CJ Entertainment Media Group into the U.S. marketplace. Every weekday at 7 p.m. since May, PK and model/actress co-host Yvonne Lu have been showcasing the vast diversity of personalities and cultures that comprise Asian America. Guests so far have included comedian Bobby Lee, California Congresswoman Judy Chu and actor Ken Jeong of Hangover 2 fame.

“We interview people from all walks of life, so it keeps it fresh,” says PK. “Honestly, there is no show like us on TV. I guarantee you, there’s not one that’s even close. If someone sits there and watches the full show, I think they’ll be really impressed how wide the range is.”

Aside from interviews, the show features various segments that touch on food, fashion, tech gadgets and music—everything from K-pop to hip hop and rock. In one episode, the hosts: interviewed Marja Vongerichten, the star of PBS’s new series about Korean food, Kimchi Chronicles; took viewers behind the scenes of a popular Vietnamese restaurant in San Francisco; showed off unique products at a Japanese pop culture store; and ended with the hosts belting out Far East Movement’s “So What,” karaoke-style.

“I think the best part is that we are just ourselves,” notes Lu, who often jokes around with her co-host. “Whatever stories we tell [on the show], whatever we say, it’s like our stories, things that have really happened to us.”

As much as they cover, though, the operation is a small one: A close-knit crew of eight supports the two hosts, who film the show at Mnet’s studios in Culver City. That means PK and Lu have much more on their plate than the average television hosts; they are responsible for producing the show, writing their own material and recruiting guests.

But the married father of one wasn’t complaining. “We got to do what we got to do,” he says with a determined smile. “I’m learning a lot.”

Julie Choi, vice president of programming and development for Mnet, credits PK for his professionalism in the face of all that hard work and a steep learning curve transitioning from standup to TV. “It seems like PK has an easy job, but it’s really not,” she says. “At the same time, if you’re not happy your face shows it. And he’s always smiling.”

Choi recruited the charismatic host after watching him perform stand-up in L.A. She was immediately impressed with how smart, funny and relatable he was. “He could be like my brother,” she says.

It also didn’t hurt that PK has earned a reputation for bringing people together and building movements, as with Kollaboration, which started out as a small talent show for Asian American artists in Los Angeles and has since ballooned to multiple shows in 11 cities across the United States and Canada. Like Kollaboration, BPM strives to be a community builder. Choi says that she hopes the show will be “a place where all Asian Americans can feel like they have a voice,” and not just Asian Americans, but “anyone who wants to know more and be involved” in the Asian American community and culture.

“I feel like my life has been leading up to this show,” says PK. “Just because of the connections I made through community events, and through Kollaboration and the Laugh Factory. As far as the guests that I bring, a lot of them are other comedians and performers from Kollaboration.”

Plus, he feels particularly strong ties to the so-called Millennial generation, a major target audience for the new show. “Kollaboration itself is a lot of youth, [the performers range from] ages 13 to 30,” he says. “And I performed stand-up at like 50 colleges, so I feel like I have that connection.”

Even people who have never met PK face-to-face may find it easy to relate to the host, thanks to his penchant for telling personal and potentially embarrassing anecdotes. In one episode, he talked about how, as a child, his mother used to wash the spices off his kimchi in front of his friends. Though others might hesitate to share such a story on national television, PK considers it a privilege.

“I saw this interview on Oprah, and she said that the best hosts open up about real life. So, basically, just opening up about real life is cathartic, therapeutic,” says PK. “You can talk to your friends and families here, and people out there. How many people get to do that?”

And these days, almost four months into his new gig, the entertainer knows exactly what to do with his hands. “I usually clasp my hands together, or just in the pocket.”

A previous version of this story stated that PK is co-founder of Kollaboration. He is the sole founder. KoreAm regrets the error.

This article was published in the September 2011 issue of KoreAm. Subscribe today! 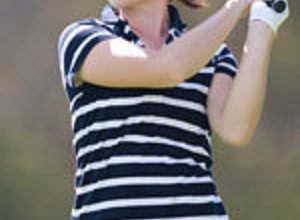