With the 20th annual Coachella 2019 rapidly approaching, the Indio-based music festival boasts a lineup featuring multiple prolific Asian and Asian American performers. Ranging from scintillating foreign superstars to up-and-comers to mainstream juggernauts, here are seven Asian artists to keep an eye out for during this festival season:

Two-time Grammy winner H.E.R. will be performing at Coachella this year. Born Gabriella Wilson, the 21-year-old R&B singer is half-Filipina. Prior to achieving mainstream fame, the prodigious Wilson made a name for herself as a pre-teen by performing Alicia Keys’ songs on national morning talk shows.

This will be Grammy-winning artist Anderson Paak’s second year at Coachella. The Dr. Dre protegé, aka Brandon Paak Anderson, is of Korean descent. Accompanied by his ever-present back-up band The Free Nationals, Anderson features a signature brand of melodic, moody hip-hop. Check out our review of “Oxnard.”

Wildly popular K-pop girl group Blackpink will be making a stop at Coachella for its highly anticipated stateside tour. Boasting one of the most diverse girl groups in the industry, the group is best known for its hit “DDU-DU DDU-DU,” which has amassed over 700 million views on YouTube.

Best known for their performance at the 2018 Pyeongchang Olympics closing ceremony, Jambinai will be rocking the Coachella stages this year. The South Korean band combines conventional rock instruments like the guitar and drums with traditional Korean folk instruments such as the haeguem (Korean fiddle) and the geomungo (Korean zither). Jambinai’s debut album “Differance” won Best Crossover Album at the 2013 Korean Music Awards.

The first ever J-Pop group booked at Coachella, Perfume is one of the most successful, Japanese girl bands. High school friends Ayano Omoto, Ayaka Nishiwaki and Yuka Kawashima formed the group in 2000. Perfume’s “Polyrhythm” introduced American audiences to the group in Pixar’s “Cars 2” soundtrack. 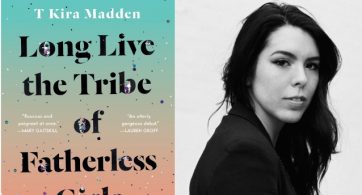 Ahh … the idyllic dream of American boyhood. It’s been romanticized in everything from “The Andy Griffith Show” to Richard Linklater’s eponymous film chronicling the whole thing. But what about […]