Ahh … the idyllic dream of American boyhood. It’s been romanticized in everything from “The Andy Griffith Show” to Richard Linklater’s eponymous film chronicling the whole thing. But what about us girls?

In T Kira Madden’s debut memoir, “Long Live the Tribe of Fatherless Girls,” no topics are off limits. Madden discusses everything from big picture ideas, like grief, sexuality and womanhood, to more intimate details, like the pure awkwardness of middle school dances and her relationship with her parents. Her father, John Madden, who co-founded the Steve Madden shoe company with his brother, left his family for his “crimson-lipped,” Hawaiian-Chinese mistress, Sherrie, Madden’s mother.

For what seems like the majority of her childhood, Madden’s parents are caught in a whirlwind of drugs, alcohol and drama. Despite the crazy, confusing and sometimes downright terrible things that have happened to Madden, her writing is clear, unfussy and deeply empathetic. It’s obvious she’s developed a profound sense of compassion not only towards those around her but past versions of herself as well.

Narrated in the first person, Madden’s voice in “Long Live” borders on disturbingly vulnerable. It feels like you’re secretly reading her diary. The memoir is prefaced with an excerpt from poet Anne Carson’s “Glass Essay”: “You remember too much/ My mother said to me recently./ Why hold onto all that? And I said,/ Where can I put it down?” “Long Live” is where Madden puts it down—it is reflective of time and memory in a way that resides somewhere in the terra incognita between Marcel Proust and bell hooks.

The book is structured for the most part chronologically, beginning with some of Madden’s earliest memories and occasionally dissolving into moments of free association. Though she apologizes for her inability to clearly remember everything about her past, it’s evident that she hasn’t forgotten much and can recall even the most minute of details.

There’s a sense that, yes, Madden wanted to create this book because she’s a writer, but also that she needed to write this book. It’s a way for Madden to make sense of bygones so she can make sense of who she is now. Once a timid girl plagued by nervous nosebleeds, Madden eventually grows into her own and is able to accept her introverted, biracial, lesbian self in all of her glory.

And that’s the beauty of Madden’s debut. Every single one of her stumbles and triumphs, through sexuality and womanness, ring so true it is hard to see them as anything other than a poignant reflection of the universal experience of coming of age. “Long Live” is a book for all the misfit girls who have ever been touched by loneliness and all the girls who are born with a bit of sorrow in their hearts. 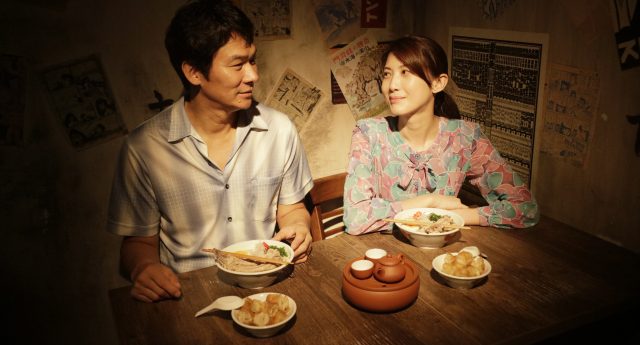 Sometimes something as simple as the smell of roasting garlic in the wind can launch a person back to a vivid childhood memory of their mom’s cooking. In “Ramen […]