The Emmy Award-nominated comedy series “PEN15” has reached the end of its run.

Created by real-life best buds Maya Erskine and Anna Konkle, the show follows seventh-graders Maya Ishii-Peters and Anna Kone through their laugh-out-loud funny middle school shenanigans. Oh, and 34-year-old Erskine and Konkle play their 13-year-old characters, while the rest of the cast is composed of teen actors like Dallas Liu, Taj Cross and Dylan Gage.

Although the series enjoyed massive popular and critical success and Erskine and Konkle had originally planned for the show to run for three seasons, the two recently revealed in a Nov. 29 New Yorker profile that part two of the second season will mark the end of the series. They explained that COVID-19-related pushbacks and delays solidified their decision to close with the upcoming seven episodes. Nonetheless, sources note that Hulu appears to be open to Erskine and Konkle picking the project back up if they so choose, and, on a lighter note, the platform hopes to work with both actresses on future projects.

The last seven episodes of “PEN15” will arrive on Hulu on Dec. 3. So settle in and get ready to laugh (and maybe also ugly-cry). 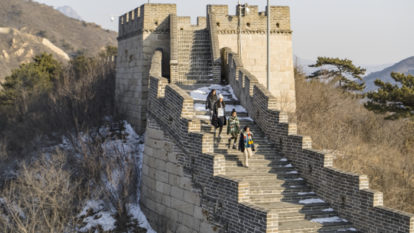 Director Amanda Lipitz and producer Anita Gou share how they crafted the heartwarming, family-centered Netflix documentary, which premiered in October.