Simu Liu is ready to take on yet another adventure.

Liu and “The Fast and the Furious: Tokyo Drift” director Justin Lin are working together on “Seven Wonders,” a new project developed by Prime Video. Executive produced by and starring the “Shang-Chi and the Legend of the Ten Rings” actor, “Seven Wonders” will be an action-adventure series based on Ben Mezrich’s novel of the same name. The show is set to be executive produced and directed by Lin under his production company Perfect Storm Entertainment (“The Endgame”), Beau Flynn’s Flynn Picture Company (“Black Adam,” “Red Notice”), and Universal Television.

Known for his breakout role as superhero Shang-Chi in “Shang-Chi and the Legend of the Ten Rings,” Liu isn’t slowing down. The actor released a memoir this past May, and is also set to star in Greta Gerwig’s  highly anticipated “Barbie” alongside Margot Robbie and Ryan Gosling.  With all this and even more, “Seven Wonders” is another exciting step in Liu’s growing superstardom.

The series will center around Dr. Nate Grady (Liu), a brilliant botanist-adventurer who teams up with the slippery international fixer, Sloane Seydoux, as they race to solve an ancient mystery related to the Seven Wonders of the Ancient World. Joining Lin and Liu will be “The Legend of Tarzan” and “Jack Ryan: Shadow Recruit” writer Adam Cozad  along with Perfect Storm’s Salvador Gatdula and Andrew Schneider.  Scott Sheldon is set to co-executive produce as well. 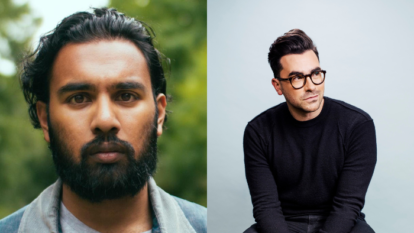 The Netflix film will follow a man confronting the nature of grief after two devastating personal losses.