Under a signed deal with Netflix, multi-Emmy winner Levy wrote and will star in his own feature directorial debut, alongside Patel, Ruth Negga (“Preacher”), Luke Evans (“The Hobbit Trilogy”), Celia Imrie (“Better Things”), Arnaud Valois (“120 BPM”), David Bradley (Harry Potter series) and Jamael Westman (“The Essex Serpent”). The film will follow a man named Marc Dreyfus who, upon the unexpected death of his spouse, is forced to finally confront the grief that he’s been trying to avoid for so long, sending him and his two closest friends on a Parisian weekend of self-discovery.

After playing a leading role in the HBO Max sci-fi drama miniseries “Station 11,” Patel was nominated earlier this year for a Primetime Emmy Award for Outstanding Lead Actor In a Limited or Anthology Series or Movie. The British actor has also appeared in high-profile films such as “Tenet” (2020) and “Don’t Look Up” (2021).

In “Good Grief,” Levy will draw from his personal experiences to illuminate one of the many complex ways that humans choose to process and deal with grief. “[It’s] a cautionary tale about friendship and loss and all the mess that comes with it when the truth is something you’ve evaded for most of your life,” Levy said in a statement to  Deadline. “It’s funny, it’s bittersweet, it’s a project that has helped me work through my own grief. And I hope it does the same for other people as well.” 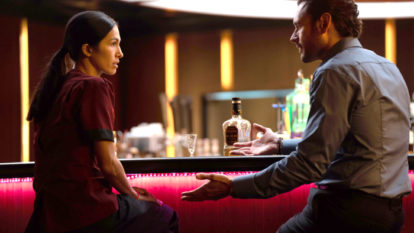 Starring Élodie Yung and Martha Millan, the FOX series explores the U.S. immigration and medical systems through the lens of an undocumented cleaner who would do anything to protect her son.