Marvel took us all by surprise by announcing that Simu Liu will play the titular lead in “Shang-Chi and the Legend of the Ten Rings.” Hawaiian-born Destin Daniel Cretton is set to direct. The word on the street is that Awkwafina will play an as-of-yet unnamed role.

She has also signed on the dotted line to be the new Scuttle (R.I.P. Buddy Hackett) in the live-action “The Little Mermaid.” No release date is yet set. But we are looking forward to hearing Halle Bailey sing “Part of Your World.” We love the idea of an African American mermaid, but hopefully we won’t have to wait another 30 years for an Asian American one. In the meantime, we can’t wait to see Awkwafina as the Collector in Netflix’s upcoming “The Dark Crystal: Age of Resistance,” debuting Aug. 30.

Right now, everybody is talking about “The Farewell,” but the director has already moved on to new projects. Lulu Wang is set to direct a science-fiction movie based on “Children of the New World,” the short story collection by Alexander Weinstein. This must be a really dope book because another revered Asian American director, Kogonada, also adapted one of the stories, “Saying Goodbye to Yang.” Apparently, the story collection grapples with issues of technology, spirituality, immersive VR gaming and creepy robots. I’m ordering my copy today!

We knew that Steven Yeun was up to something good when Korean American indie casting director Julia Kim asked us if we knew of any amazing bilingual Korean kid actors. Unfortunately we didn’t, but now we know that she was working on “Minari,” written and directed by Lee Isaac Chung and financed and produced by A24 (who bought “The Farewell” at Sundance last year). According to the “Hollywood Reporter,” the film is also being produced by Plan B, Yeun and Chung. Starring Yeun, “Minari” is about a Korean American boy growing up in rural Arkansas with his immigrant parents.

Speaking of Korean Americans, David Chang has another food series coming out on Netflix this fall. “Breakfast, Lunch & Dinner” documents Chang and a different celebrity buddy exploring a new locale in each episode. Along the way, they learn about the city’s culture, cuisine and “something surprising about themselves,” according to “Deadline.” After his deep thoughts about ethnicity and authenticity in “Ugly Delicious,” we hope Chang’s new show will be a stimulating watch.

Meanwhile in suit-landia, Netflix just named Jackie Lee-Joe as its chief marketing officer, replacing Kelly Bennett, who is retiring. Lee-Joe graduated from the University of Sydney and the University of New South Wales and most recently worked as the CMO of BBC Studios. “Jackie is a truly original thinker with a wealth of global experience—making her the perfect fit as our next chief marketing officer. I’m excited to work with her in promoting our brand and original programming in new and creative ways to our members all around the world,” said Netflix Chief Content Officer Ted Sarandos. 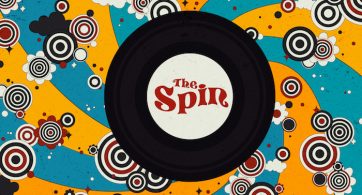 When I moved to Southern California from upstate South Carolina, I quickly learned that early August is primetime for beach visits. The water is warm enough to go swimming […]