The country faces the worst economic threat since the Great Depression. The housing market is in ruins. The banking system is in turmoil. Global warming looms. Meteors may strike.

What better time for a band of superheroes to show up? Some appear in costumes, and others in plain clothes, their super powers invisible to the average eye. They have the ability to turn into flames, fly through space and live forever.

But these superheroes do not resemble the ones we’ve encountered before.

Because they look like us. These superheroes are Asian American.

For decades, Asian American writers and artists like Larry Hama, Greg Pak, Bernard Chang and Greg Larocque have shaped the words and muscles of our most beloved superheroes, including GI Joe, Wolverine, Batman, Hulk, X-Men, Iron Man, Spiderman, Superman, The Avengers, Flash and Wonder Woman. So, why are Asian American superheroes missing in action?

Secret Identities art director Jerry Ma is the author of the acclaimed graphic short story Burn and runs the indie comics studio Epic Proportions in New York. He has always aspired to create an Asian American superhero, but faced obstacles: “I’ve been told literally that the bad guy can be Asian, but the hero has to be white. That I should know better than that.”

“Of all places you would think where diversity is possible is in the world of superheroes,” says Yang, the editor in chief of the project.

Their inspiration came from no other than the iconic, all-American hero: Superman. As the last survivor of Krypton, he is sent off to a far away land where he is forced to adapt and hide his secret traits.

In Clark Kent, the editors saw the ultimate immigrant’s story.

These stories spin the stereotype of an inscrutable, secretive Asian American on its head. As the book points out, Asian Americans have always worn masks.

“That’s what stereotypes are, masks,” says Chow. “Masks that conceal your true identity.”

Instead of those tired old masks, Secret Identities offers some new ones worthy of superheroes. One section introduction titled “Masks,” written by Jason Sperber and drawn by Chi-Yun Lau, assures that “[t]hese new masks, which we choose for ourselves … reveal who we really are beneath.”

And what better way to conquer racial stereotypes? “Behind the mask, it could be anybody,” says Yang.

Secret Identities showcases 52 original superheroes created by 66 writers and artists. In 2007, the editors put out a call for new superheroes. Hundreds of submissions flooded in. The editors also actively recruited contributions from well-known artists, writers and media personalities.

While they easily landed a publisher through Yang, who has three books to his name, they faced obstacles. A few writers and artists had difficulty conceptualizing superheroes in their image. Some who were approached to make contributions did not understand what the editors were envisioning. Naysayers accused them of creating a superhero ghetto. In the face of these challenges, the editors put their faith in the universal language of text and picture.

Yang explains that he wanted the readers to ponder, “If there were things such as Asian American superheroes, how would history be different?”

There are superheroes fighting in the 442nd Combat Infantry Regiment and the 100th Battalion, one involved in the building of the transcontinental railroad, another ensnared in illegal immigration.

There are descendants of Wen Ho Lee and the victims of atomic bombings in Hiroshima and Nagasaki. Others are inspired by the legacy of Vincent Chin, the victim of a hate crime in the outskirts of Detroit, Mich., and James Kim, the father who walked 16 miles in the frozen mountains of Oregon in his attempt to find help for his stranded family.

Then there are other superheroes who seem more like us. Well, sort of.

A little boy named So-Geum is badgered by his successful superhero parents to fulfill his potential as the superhero he was meant to be.

A girl named June who works in a dry cleaner acquires the powers of her superhero customers as she cleans their supersuits. A teenager named Ting receives a magic belt that allows her to eat to her heart’s content.

“The more depictions, the better,” says Greg Pak, a film director and frequent writer for Marvel comics, who has been creating characters of different background for the past five years. He wrote the Secret Identities story “Citizen.” “No one character has to bear the burden of speaking on behalf of all Asian Americans.”

As if to highlight that we indeed can break through stereotypes, the star-studded list of contributors reads like a compilation of who’s who in Asian American entertainment and media. The book’s contributors include Michael Kang, the director and writer of The Motel and West 32nd, who contributed a story “loosely based on [his] experience as a filmmaker” (“James”); Yul Kwon, winner of Survivor: Cook Islands, who conceived a character based on “the idea of a tortured soul trying to find himself” (“Cataclysm”); actor Leonardo Nam, who created a character to illustrate “the true power you have when you are who you are” (“Shine”); actress Lynn Chen (Saving Face), who wanted “to address specifically this whole myth that Asian women can eat whatever they want and be teeny tiny” (“You Are What You Eat”); and artist and writer Gene Yang, whose American Born Chinese became the first graphic novel to be nominated for a National Book Award.

The book embraces first-time writers and artists as well. Duke University graduate student Johann Choi created little So-Geum in “On the Third Day.” “It was a way to fulfill my childhood dream to make a comic book,” Choi says.

Creating and fulfilling more dreams is a part of the editors’ master plan.

“We grew up with superheroes, but they weren’t heroes that looked like us,” says Yang. “We didn’t want that for the next generation.”

These superheroes join the ranks of John Stewart’s black Green Lantern, X-Men’s Storm, DC Comic’s lesbian Batwoman, and those other caped and spandex-clad men and women who’ve been around awhile.

Now that they have a full team, let’s turn to the business of saving the universe. 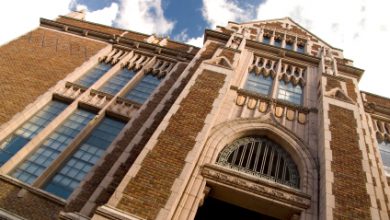 By Kay Hwangbo Spring is approaching, and with it the highly anticipated arrival of college acceptance letters. Nowhere is the anxiety level higher than among Korean American teens, who tend to […]