Known for his roles in “Parasite” and most recently in “Emergency Declaration,” Song is set to make his TV series debut in “Uncle Sam Shik.” The show will be directed by Shin Yeon-shick, with whom Song worked on past projects such as “One Win” and “Cobweb,” which are both in post-production. “Uncle Sam Shik”’s 10 episodes will follow two men in the turbulence of 1960s South Korea. The drama will mark Song’s first time starring in a television series after an almost 20-year career appearing in film and theater productions.

Production company Slingshot Studio announced the series during Seoul, South Korea’s Broadcast WorldWide Convention, a showcase of current and upcoming Korean content. Song’s co-star, as well as broadcast or streaming partners for the show, still have yet to be announced. 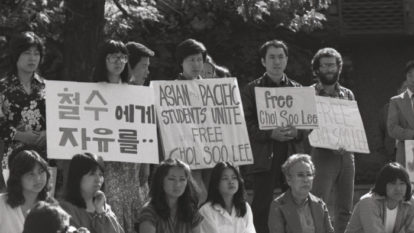 The film’s co-directors, as well as a number of other activists, will also participate in local Q&As.