Co-directed by journalists Julie Ha and Eugene Yi, the film examines the story of a Korean American immigrant wrongfully convicted of a 1973 San Francisco Chinatown gang murder and the advocates who led one of the first prominent displays of pan-Asian activism. The documentary shares the untold legacy of this social movement that united protestors across different age groups and political beliefs, eventually overturning Lee’s 10-year imprisonment. Since premiering at the 2022 Sundance Film Festival and making waves on the festival circuit, including at the 2022 Los Angeles Asian Pacific Film Festival, “Free Chol Soo Lee” is set to return with a week of upcoming screenings running from Friday, Aug. 26 through Thursday, Sept. 1 at the Laemmle Royal theater and through Wednesday Aug. 31 at San Francisco’s Little Roxie theater.

Along with the screenings at the Laemmle Royal, Ha, Yi and a number of other activists will also participate in Q&As discussing this vital point of Asian American history. Just as the movement for Lee’s freedom inspired many young supporters to pursue careers in the social justice realm, the screenings and Q&As could have the same effect on the current generation of aspiring activists. 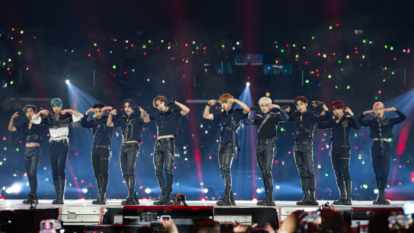 With its first year in-person since 2019, KCON continues to dazzle, bringing all the music, dance and music one could ever want.