Wearable technology isn’t just relegated to fitness tracking and reading text messages off a $10,000-plus gold Apple Watch. Tech companies are exploring different opportunities to integrate devices with improving how we go about our lives, and healthcare is an open field.

South Korean health care startup Ybrain is going for our noggins—specifically, what’s impairing our memory. Their devices tackle some of the most degenerative brain disorders, such as Alzheimer’s disease, and they may be available for consumer use by as early as next year.

“Our ambition is to challenge one of the toughest problems humanity faces today,” Ybrain CEO Kiwon Lee told Forbes. “Cancer is nearing a cure. But we don’t yet have a cure for Alzheimer’s, even with today’s most advanced medical technology.”

The devices work though a “very non-invasive form of brain stimulation” that is much more favorable to taking pills to combat symptoms, according to Lee. The wearable band for Alzheimer’s patients has two sensors embedded in the front, providing electronic signals at 2 mA at regular intervals to stimulate brain activity and combat the effects of the disease. Ybrain’s goal is to eventually get the synapses to function optimally on their own “more naturally without any failure.”

Ybrain began clinical trials last year on Alzheimer’s patients, and results were promising—Business Korea said the devices were the “best solution for combatting Alzheimer’s at [that] time.” After raising $4.2 million in funds last summer, Ybrain began clinical tests for similar treatment for clinical depression and mild cognitive impairment (MCI), which is characterized by memory problems beyond those associated with normal aging and may signal a serious decline of dementia in the future.

The Korean company plans to release two devices: the Brain Wellness and Brain Fullness. The former will be geared towards treating brain disorders, while the latter will be an option for those who want to enhance normal brain functions and condition their brain to work at a higher level. In other words, “brain fitness” is going to be a thing.

Ybrain plans to follow up the initial line of headsets with ones that can treat depression and a number of other mental health conditions, including addiction, trauma, eating disorders and schizophrenia—all while being worn at home.

Further use of the technology could significantly lower the cost of research and treatment. Ybrain is developing a diagnostic platform that collects data from headset users, then relays the information to doctors and medical researchers. Usually, Lee said, devices can only be operated by experts.

“When we started the company we felt that everyone should be able to use it by themselves,” he continued. “Our device is connected to our platform, so brain management, neuromodulation can be operated remotely and closely studied to assess brain wave patterns.”

Ybrain’s products are expected to hit the market next year.

Featured image via Be Success 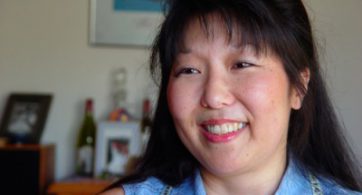